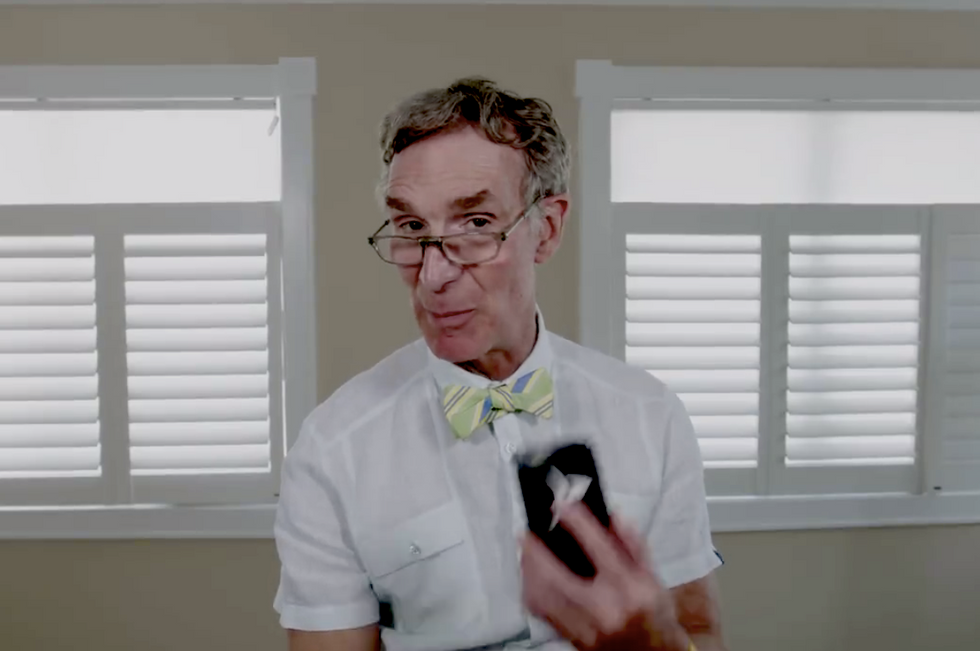 In the video embedded below, viewers can watch Bill "The Science Guy" Nye read mean tweets about himself.

Nye released the clip this weekend as part of the Kickstarter campaign dedicated to producing a feature-length film about Nye's life.

In the clip, Nye said, "I'm just reviewing some of the mean tweets that people bother to take the time to tweet about me."

The first one he read aloud said that "Bill Nye sucks butthole."

He quibbled with the commenter's misuse of the word "tw*t."

At last -- It's time to watch everyone's favorite #ScienceGuy read and respond to his very own #MeanTweets!And it's all thanks to YOUR incredible response to our latest BACKER CHALLENGE and the overwhelmingly popular #FrisbeeFriday! Keep sharing, pledging, and helping us to #ChangeTheWorld with Bill Nye The Science Guy! Details here: bit.ly/billnyefilm