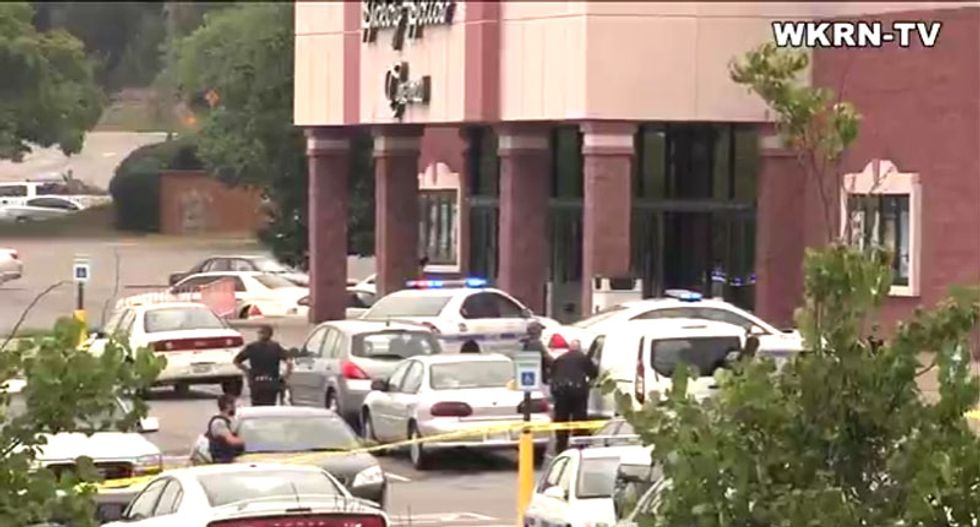 A Tennessee man who was shot dead by police at a Nashville area-movie theater first used a hatchet to assault a family before pulling out a weapon thought to be a gun, according to a 911 call released on Thursday.

The gunman was identified by Nashville police as Vincente Montano, 29, who had been committed for mental health issues four times in 2004 and 2007. In addition to the hatchet, he was carrying what turned out to be a pellet gun, as well as pepper spray that he used to douse the crowd at a showing of "Mad Max: Fury Road" on Wednesday night in Murfreesboro, police said.

An unidentified caller to the 911 emergency line said the man was wearing "dingy-looking clothes."

After the man spoke for about two minutes, sirens could be heard and police arrived on the scene.

Three people were treated for exposure to pepper spray, including a 58-year-old man who also suffered a superficial wound to his shoulder, likely from the hatchet, Brian Haas of the Nashville Fire Department told reporters. None of the victims were taken to hospital.

Montano was homeless and had been diagnosed with paranoid schizophrenia, his mother said in a report filed two days before the shooting with the Murfreesboro police, the Tennessean newspaper reported. Police in the city about 30 miles southeast of Nashville were not immediately available to comment.

Montano was fatally shot by police as he tried to leave the theater by a rear exit.

The incident comes less than two weeks after a gunman opened fire in a movie theater in Lafayette, Louisiana, killing two people and wounding nine others before taking his own life.

Watch video, courtesy of WRKN-TV, below: