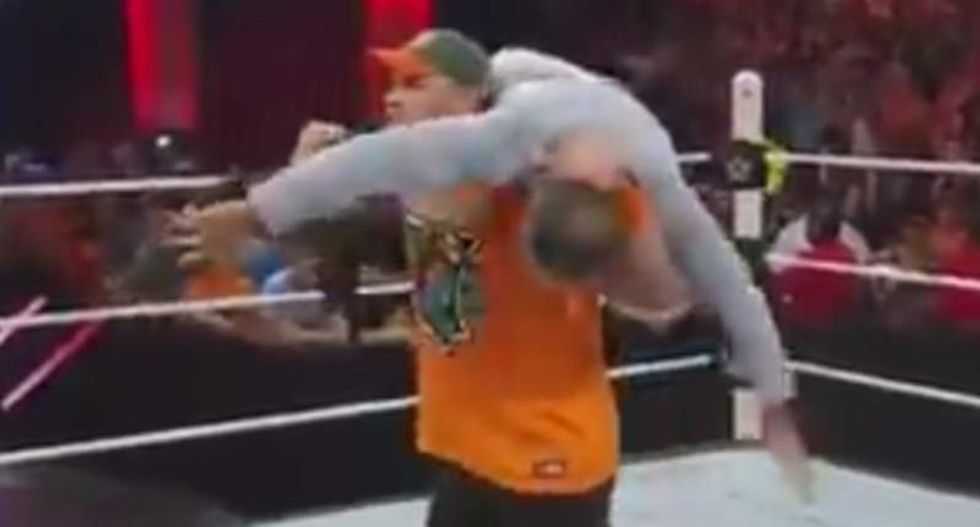 Former Daily Show host Jon Stewart couldn't talk his way out of trouble during an appearance on WWE's Monday Night Raw, as he found himself on the mat.

Stewart's appearance was a follow-up to his guest-hosting performance during Sunday's SummerSlam pay-per-view, in which he turned on fan favorite John Cena, causing him to lose a WWE heavyweight title match -- and Cena's own US championship -- to the villainous Seth Rollins. Stewart, a longtime pro-wrestling fan, explained that he did it to stop Cena from tying the record of 16 title reigns held by former star Ric Flair.

"I understand that," Cena replied. "So I know you're gonna understand this. Because right now, I'm just gonna do what I have to do."

Watch footage of Stewart's appearance, as posted online on Monday, below.