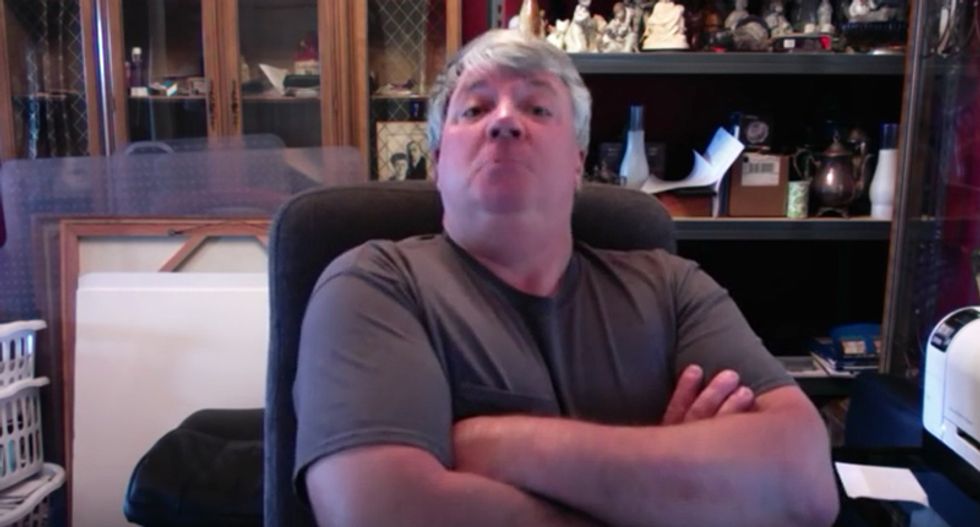 Saying he has the money and "this is real" a Kentucky man posted a video to his YouTube account offering $25,000 for "irrefutable proof" that the Sandy Hook school shooting was real and  not part of a conspiracy by "liberals."

According to Joe Jones, who posts as "joejinky" on Reddit, the Sandy Hook massacre which claimed the lives of 20 children along with six adults was put on by "crisis actors" in an abandoned school in an effort to get rich.

"I believe it was staged. I believe no one was shot, no one was injured, no one was killed" Jones explains in the video. "It was all done by crisis actors; a bunch of liberals who got together at a closed down old school which was decommissioned prior to the day of the event. It was decommissioned for asbestos and mold and it had all kinds of issues. And the building was just being used for storage."

"But Sandy Hook was fabricated by somebody who decided 'Oh, we're going to do a school shooting,' and all of the fake actors who play out the parts of all of these victims are going to become filthy rich from fools who are sending money to them - millions and millions of dollars."

Parents of children who died at Sandy Hook can find Jones in Franklin, Kentucky, but should be forewarned that he is an open carry advocate.

Watch the video below, uploaded to YouTube by Joe Jones: