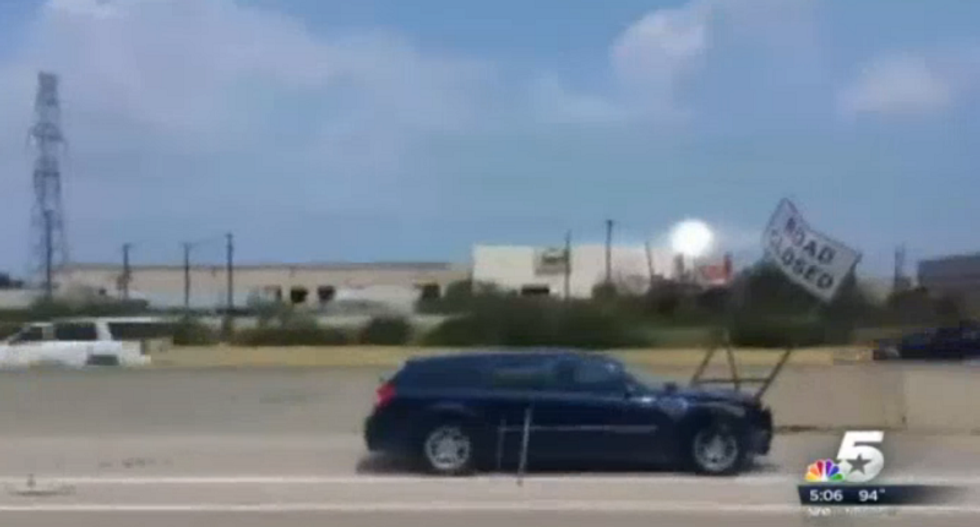 A woman suffering from a medical emergency tore through road signs and slammed into freeway barriers in an incident that alarmed fellow drivers along Interstate 635 in North Texas on Wednesday.

Video obtained by local NBC5 shows the woman in a black car hauling down the freeway with a "Road Closed" sign stuck to the front hood. She runs into the center divider several times and keeps driving, even when her tires are down to the rims and parts of her car are dragging underneath.

NBC5 reports other drivers were able to follow the woman safely and prevented her from going any further when she finally came to a halt. After authorities discovered she was having a medical emergency, she was taken to a nearby hospital and is expected to recover.

Witnesses told the station she drove from Dallas, through Garland and into Mesquite before she came to a stop.

Watch video of the incident, via NBC5, here: