Water use plummets in drought-plagued California 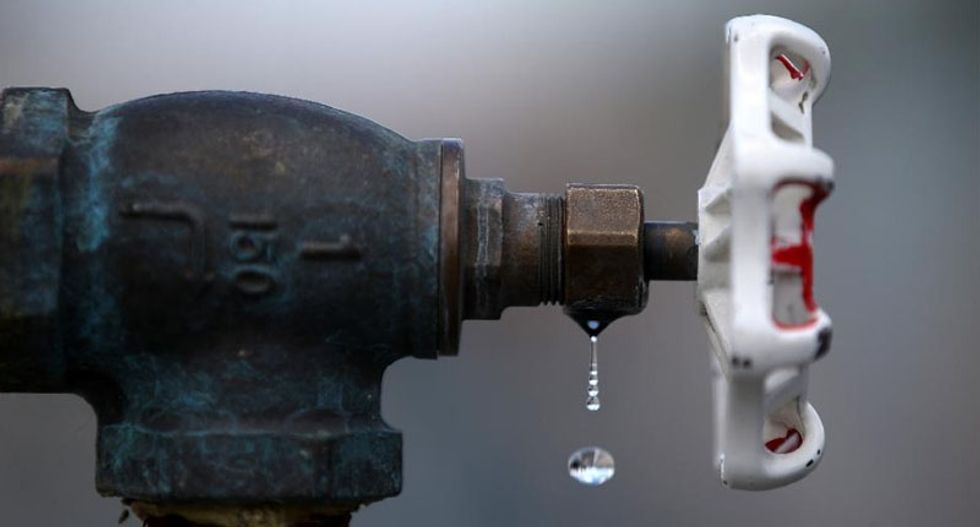 Mandatory water-saving measures in place to fight California's historic drought have produced a sizeable drop in consumption over the past two months, regulators said.

The measures have been far reaching and the US state's 38 million residents are only allowed to water their lawns on specific days and have been asked to use water-saving hoses, even though it is the height of another punishing summer.

As a result, water use was down 31 percent in July over the same period a year ago, and 27 percent in June, the State Water Resources Control Board reported.

The numbers exceed the 25 percent drop mandated by Governor Jerry Brown in April, although experts warn the situation remains precarious.

"Californians' response to the severity of the drought this summer is now in high gear and shows that they get that we are in the drought of our lives," agency director Felicia Marcus said in a statement.

In April, the state ordered 50 million square feet of lawn (4.6 million square meters) to be replaced with water-efficient landscaping that includes cacti and other succulents.

Meanwhile parched lawns have popped up across some of California's most affluent neighborhoods, such as Beverly Hills.

In Los Angeles, city officials have dropped millions of black, plastic "shade balls" into Silver Lake reservoir, where they float on the surface in an attempt to slow down evaporation.

Water distribution agencies say they have issued thousands of penalties throughout the state to penalize water waste, and rebate programs encourage Californians to replace inefficient water and electric devices.

"The savings do show we have been used to having a great deal of water, and have been using it without thinking -- as though we lived in a climate where it rains abundantly," said Stephanie Pincetl, an environmental science professor at the University of California, Los Angeles.

But despite the progress she believes the situation remains "critical due to the need to conserve water long term, especially if it does not rain."

A woman who didn't want to wear a face mask at her local grocery store decided to appease employees by taking off her underwear and putting it over her face.

South African news website Cape Town Etc. reports that the woman told security guards at the grocery store that she did not have a face mask when they asked her to wear one while shopping.