Whites call Missouri cops on their black neighbors: 'They do not belong' 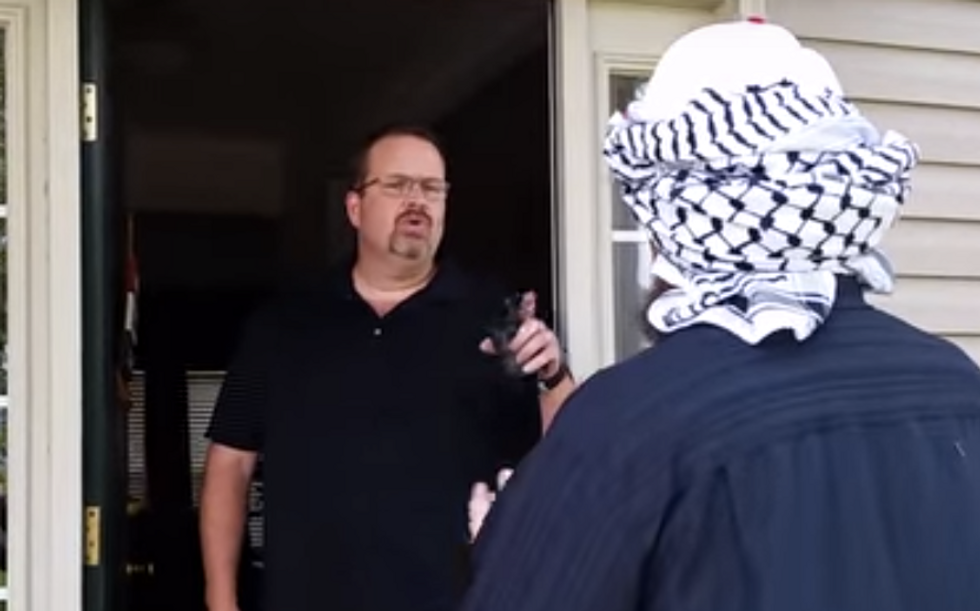 A St. Charles, Missouri family says their neighbors are trying to force them out of their neighborhood because they are an interracial household in a predominantly white area. The neighbors, however, say that home-owner Maritha Hunter-Butler is a potentially dangerous ex-felon who has created a disturbance in the neighborhood since her family arrived.

According to the St. Louis Post-Dispatch, Hunter-Butler, who is black, and her partner, a white woman, moved into what they thought would be their dream home on May 9, only to have their lives turned into a "living hell" by angry neighbors.

“I hope to wake up one day and find out this was all a joke,” Hunter-Butler said.

Her family, which includes three sons, ages 15, 18 and 21, has been subject to non-stop harassment since she moved in, she said.

Neighbors have complained that the family's dogs bark too much and have sent animal control to the house on multiple occasions. They complain that the family has too many visitors coming at all hours of the day and night.

Four days after the Hunter-Butler family moved in, a resident called the police when they saw the trio of boys “walking down the street with dogs and a couple of them are snapping pics of homes. Caller (advises) that this is an all-white neighborhood and they do not belong,” according to a police report.

"If caller calls back, advise them that a black family lives in the neighborhood," said the report.

“They have made our lives hell,” Hunter-Butler said.

Now one neighbor claims that Hunger-Butler assaulted him, a charge she flatly denies.

The Post-Dispatch said that hostilities began virtually as soon as the family moved in. Neighbors planted a line of trees to separate the properties and Hunter-Butler erected a fence.

She has installed six cameras on her property after more than 15 visits from police in property line disputes, reports of suspicious individuals, peace disturbances, harassment and trespassing.

But on July 1, neighbor Rebecca Scudder said she went to confront Hunter-Butler about her barking dogs and the argument became physical.

Police arrived and found Scudder with a “bloody nose, a severely swollen lip, and a bruise to the bridge of her nose.”

Scudder told police that she is afraid of Hunter-Butler because of the woman's past conviction in a murder-for-hire scheme, in which she tried to convince a cousin to kill her ex-husband over nonpayment of child support. She was sentenced to six years in prison and served three.

“I’ve made mistakes in the past,” Hunter-Butler said. “But I’m not a bad person.”

She claims she wasn't even home at the time Scudder claims the assault took place, however, the responding officer on the scene said that she could not provide an alibi and she would not turn over surveillance footage from her home's cameras.

Neighbor Jana Chamblee said that the issues with Hunter-Butler have nothing to do with the woman's race and sexual orientation.

“It’s so far from that,” she said, but is actually about a neighbor who refuses to show basic consideration and respect.

"This has torn us apart," she said, tears running down her face.

Hunter-Butler's arraignment is set for Sep. 21. Her attorney intends to depose all of the neighbors under oath. A representative of the local NAACP said he is trying to get the state chapter to investigate the misdemeanor assault charges in the case.