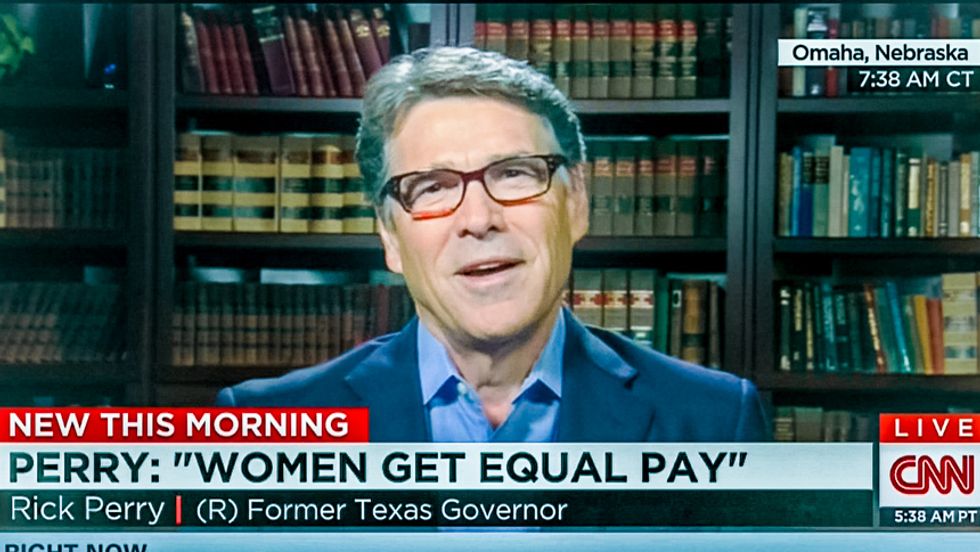 During a Tuesday interview on CNN, host Alisyn Camerota praised the former Texas governor for employing women in top positions in his campaign, but she noted that he had vetoed a law that would have required women to receive equal pay for equal work.

"Women get equal pay. I mean, that's the point," Perry insisted. "This is a piece of legislation that basically duplicates what's at the federal level. In the state of Texas, we think it's kind of wise not to have too many laws on the books."

"This was a symbolic piece of legislation, we don't need symbolic pieces of legislation jumbling up our code," he continued. "There are over a million women who had jobs in the state of Texas while I was the governor of the state... Women have the opportunity to excel."

As for his own campaign staff, Perry admitted that none of them were currently being paid due to fundraising problems. But he promised to "appropriately take care of" paid staffers "as the dollars come in."

A report from Stronger Women, Better Austin earlier this year revealed that the median income for women in central Texas was almost $10,000 a year lower than it was than men.