10,000 Icelanders ready to welcome Syrians after government offers to house only 50 refugees 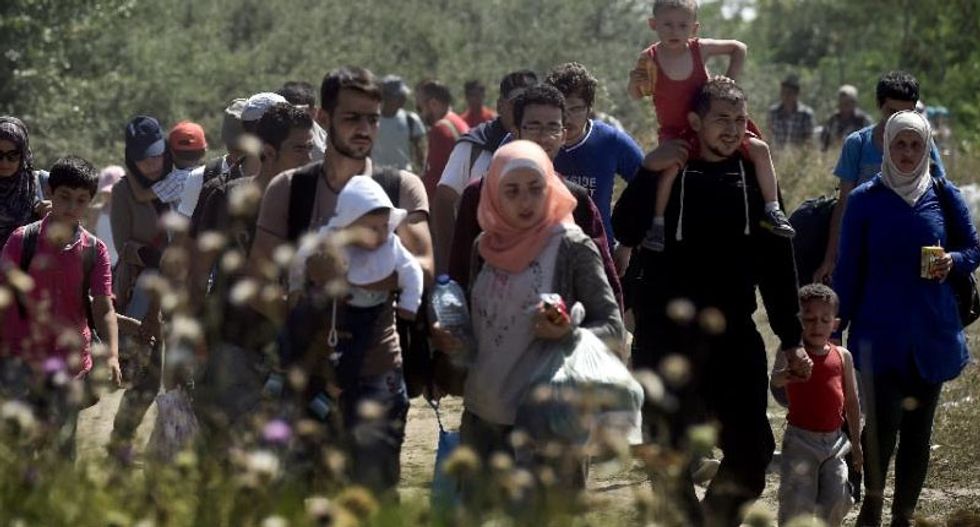 Syrian Refugees and migrants walk across a field as they head from Gevgelija in Macedonia to the Serbian border on August 30, 2015 (AFP Photo/Aris Messinis)

More than 10,000 Icelanders said Monday on Facebook they were ready to welcome Syrian refugees into their homes after the government said it would only let in a handful.

An Icelandic author and professor, Bryndis Bjorgvinsdottir, on Sunday urged fellow citizens to speak out on Facebook if they wanted Iceland, a country of around 330,000 inhabitants, to take in more Syrian refugees.

By Monday afternoon more than 10,000 people had answered her call.

"I'm a single mother with a 6-year-old son... We can take a child in need. I'm a teacher and would teach the child to speak, read and write Icelandic and adjust to Icelandic society. We have clothes, a bed, toys and everything a child needs. I would of course pay for the airplane ticket," wrote Hekla Stefansdottir in a post.

"I think people have had enough of seeing news stories from the Mediterranean and refugee camps of dying people and they want something done now," Bjorgvinsdottir told Icelandic public television RUV.

Welfare Minister Eyglo Hardardottir told RUV that authorities were studying the Facebook offers and would consider increasing the number of refugees accepted under a humanitarian quota, currently capped at 50 for this year and next.

"I have made it clear that I don't want to name a maximum figure, but that we (will) explore every avenue available in welcoming more refugees," she said.

Official statistics show that the volcanic island located in the North Atlantic welcomed 1,117 immigrants in 2014.