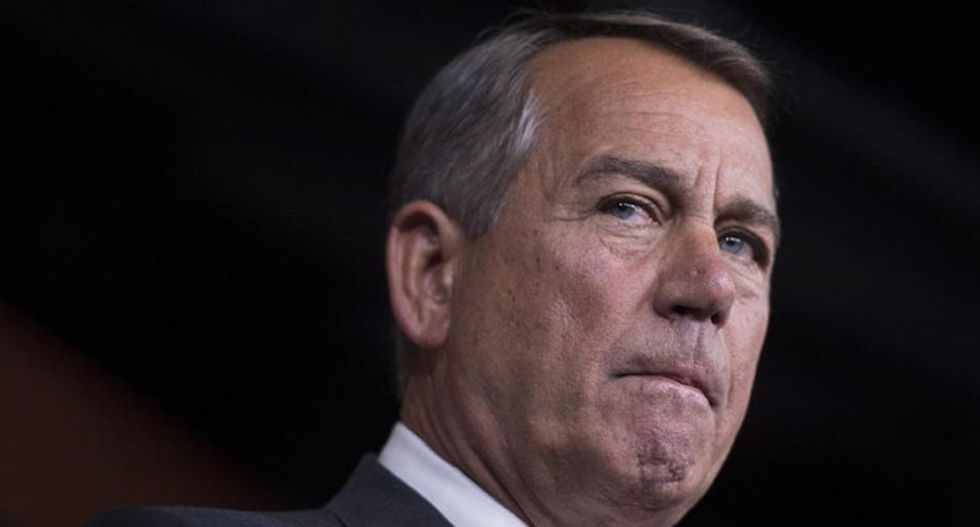 At the end of October, John Boehner will become the first Speaker since Tip O’Neill to leave the office voluntarily. (Despite the challenging nature of some in the House Republican caucus, a coup against Boehner did not seem imminent.) Boehner’s sudden retirement announcement has triggered no shortage of commentary, most of which focused on the relationship between Boehner and those to his right.

Jonathan Chait examined the tactical, as opposed to the ideological, differences separating Boehner from his Republican critics. Norm Ornstein argued that for a legislator such as Boehner, the position had become increasingly unappealing. And Jon Ralston discussed how the partisanship that defined Boehner’s term as Speaker has spread to state legislatures.

The analysis of Chait, Ornstein, and Ralston likely will stand the test of time, though it’s always worth expressing a degree of caution on this front. Few analysts of Congress, for instance, would have suspected the day after the 1976 elections that the just-elected Orrin Hatch and Richard Lugar (seen at the time as extreme conservatives) would someday be viewed, not incorrectly, as respected Senate moderates. Therefore, it seems best to offer two broader points about the Boehner speakership, rather than focus on immediate analysis that might prove ephemeral.

First, I suspect that future historians will view Boehner’s tenure—like that of Denny Hastert and Nancy Pelosi—as transitional. Since the early 1990s, the House has moved from ideologically multi-faceted Republican and Democratic coalitions to parties more resembling parliamentary offerings. This process has (if anything) accelerated in the last seven years, due largely to the collapse in Democratic support among rural whites and the party’s disastrous performance in the 2010 midterm elections, which gave Republicans control over redistricting in key states.

On Election Day 2010, Democrats controlled such seats as North Dakota and South Dakota (both at-large), two rural, overwhelmingly white, districts in Tennessee, and Indiana’s two southernmost House districts. Only five years later, these districts (and others demographically like them) are safely Republican. Meanwhile, GOP-dominated redistricting in Virginia, Michigan, Indiana, Wisconsin, Pennsylvania, North Carolina, Ohio, and Florida transformed what might have been evenly-divided House delegations in most of these states to solid GOP majorities.

As the Blue Dog Democrats who once represented such districts vanished, newly-elected Republicans tended to be far more conservative than those who joined Boehner in the 1990 GOP freshman class. Asymmetrical polarization—in which both parties have polarized, but House Republicans have grown far more conservative than House Democrats more liberal—is the most important change in the House over the past generation, producing a House with more unified party caucuses and a GOP caucus that’s very conservative. While demographic shifts and redistricting mostly have caused these changes, a case could be made that the successful efforts of Boehner (and Eric Cantor) to ensure that House Republicans would unanimously oppose the stimulus and health care laws marginally boosted the GOP’s fortunes in 2010.

Like Pelosi and Hastert before him, then, Boehner was mostly a creature of broader political developments outside of his control. In one respect, however, Boehner might well be remembered as the initiator of meaningful institutional change. In part because of the extreme polarization in which he operated, combined with the historical oddity of serving his first four years as Speaker with a Senate controlled by the President’s party, Boehner was far more aggressive than most of his post-World War II predecessors in asserting the abstract institutional authority of the House. Three examples:

(1) In February 2011, the Obama administration announced it no longer would defend the Defense of Marriage Act (DOMA), which required the federal government to treat married same-sex couples as legal strangers. (The administration continued to enforce the law.) While highly unusual, the move was not unprecedented. Not so Boehner’s response. The Speaker convened a little-used body, the Bipartisan Legal Advisory Group (BLAG), and sought to intervene in court challenges to the statute in the First, Second, Ninth, and Tenth Circuits. BLAG, which had a 3-2 Republican majority, hired Paul Clement to defend the law, which the Supreme Court eventually declared unconstitutional in United States v. Windsor.

While the House previously had intervened in court cases, it generally had done so only to protect its institutional interests, not simply because it disagreed with the executive’s interpretation of a law. (The most famous example was INS v. Chadha, when the Supreme Court declared the legislative veto unconstitutional.) Only Justice Alito endorsed Boehner’s argument that the House had legal authority to defend the statute; the majority did not address the issue.

(2) In his Windsor dissent, Justice Scalia mocked Justice Alito (and, by extension, Boehner) for adopting a constitutional theory that “would create a system in which Congress can hale the Executive before the courts not only to vindicate its own institutional powers to act, but to correct a perceived inadequacy in the execution of its laws.”

Yet Boehner endorsed an even more aggressive institutional move in July 2014, after the House, on a near party-line vote, authorized a lawsuit against the Obama administration regarding claims that to implement the health care law, the President had spent funds that Congress did not authorize. (As with the DOMA defense, the Senate did not join the lawsuit.) In early September, Judge Rosemary Collyer gave Boehner a partial victory, ruling that the lawsuit could proceed, since if the Speaker’s argument was correct, then the House has been injured in a concrete and particular way that is traceable to the Secretaries [of Health and Treasury] and remediable in court.” Collyer’s ruling seems unlikely to survive appeal; but if it does, Boehner could be remembered for dramatically expanding the institutional authority of the House.

The move generated enormous controversy both in the United States and in Israel. The historian Elizabeth Cobbs made an intriguing, if ultimately unconvincing, constitutional case against Boehner’s move. Israeli opposition parties denounced the Speaker for intervening in looming elections. Some pro-Israel Democrats (that is, Democrats who actually support Israeli interests, as opposed to groups like J Street) worried that the move might intensify Democrats’ more general drift away from supporting Israel’s position in world affairs. Regardless of the merits of the critiques, Boehner’s move unquestionably enhanced the stature of the House on international affairs.

Perhaps, then, Boehner should best be seen as a figure whose Speakership came as a result of forces beyond his control, but who operated within this system to aggressively expand the institutional authority of the House.

K.C. Johnson is professor of history at Brooklyn College, CUNY. He is the author of numerous books and articles on U.S. foreign relations and politics, including All the Way with LBJ: The 1964 Presidential Campaign and Congress and the Cold War.