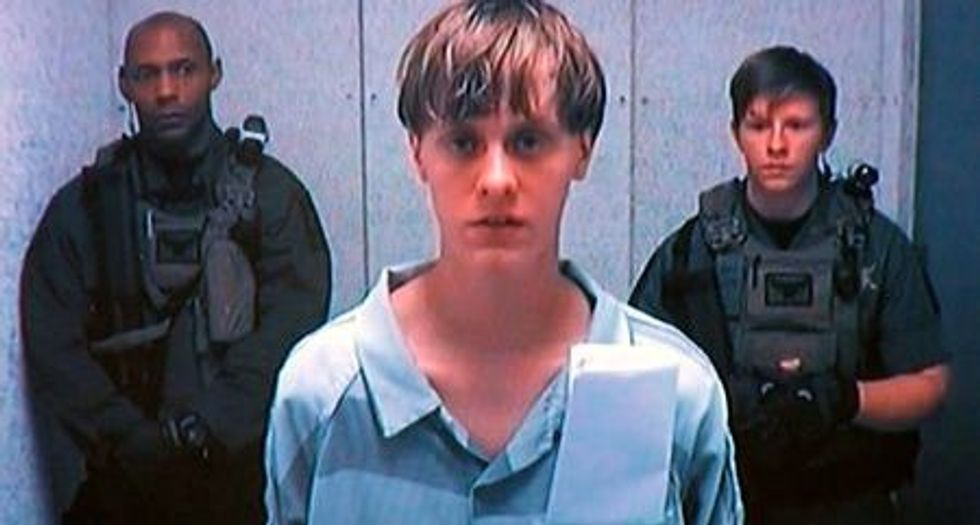 An attorney for the man accused of gunning down nine people at a historic black church in South Carolina said on Wednesday his client is willing to plead guilty to state murder charges if the move would spare him a death sentence.

A guilty plea by Dylann Roof, 21, in exchange for a sentence of life in prison without parole also would spare the victims' families and shooting survivors from the trauma of trial proceedings, attorney Bill McGuire said.

His remarks came during a hearing in Charleston over whether a judge will release 911 calls and police reports about the June 17 massacre during a Bible study meeting at Charleston's Emanuel African Methodist Episcopal church.

Judge J.C. Nicholson in July blocked the release of investigative materials in the state's murder case against Roof, who is white, citing concerns about graphic photos of the crime scene and emergency calls that might have recorded the sounds of victims.

Assistant U.S. Attorney Nathan Williams, who is prosecuting Roof in federal court, said the families and survivors were "re-traumatized" every time they heard, saw or read something about the killings.

He argued for the documents, including coroner's reports and witness statements, to remain sealed.

"It may take years before people are ready to see that," Williams said.

Jay Bender, an attorney for news organizations challenging the gag order, asked the judge to review documents and photos to decide whether some could be released. Media outlets have argued that transparency ensures a defendant's right to a fair trial.

"There is an alternative to the imposition of a cloak of secrecy over what has happened in Charleston," Bender said.

Nicholson did not immediately rule but indicated he would likely release some materials and transcripts of 911 calls.

In addition to state murder charges, Roof faces 33 federal hate crime and weapons charges that also could result in a death sentence but federal prosecutors have not said if they will pursue that in their case.

The federal charges are based on evidence that Roof targeted the black victims because of their race and "in order to interfere with their exercise of religion," U.S. Attorney General Loretta Lynch said.

At Roof's federal arraignment in July his attorney said Roof wanted to plead guilty to those charges but his defense team was not ready to let him do so until prosecutors decided whether they would seek the death penalty.