Ahmed Mohamed withdraws from Texas school that had him arrested 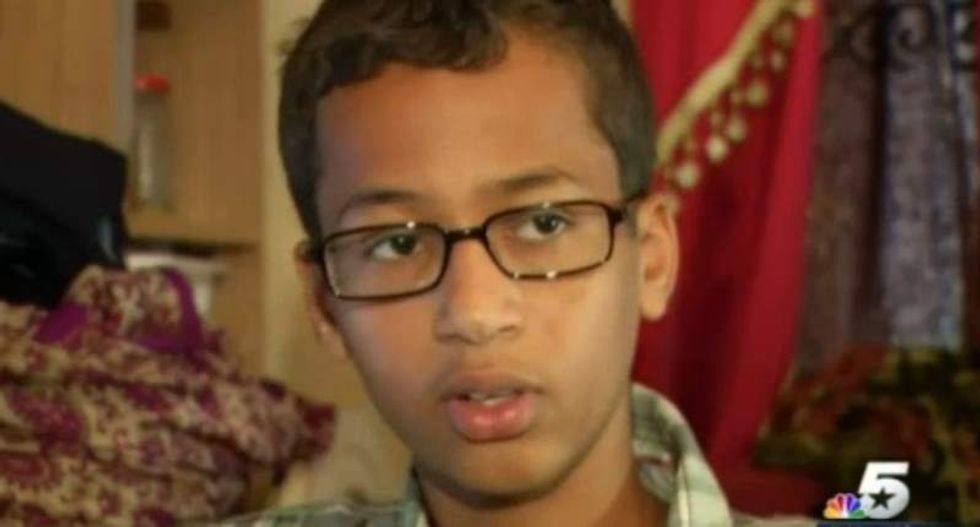 Ahmed Mohamed -- the Texas 14-year-old who was arrested for bringing a homemade digital clock to class -- has withdrawn from MacArthur High School.

According to the Guardian, Mohamed's father, Mohamed El-Hassan Mohamed, has withdrawn all of his children from their schools in the Irving Independent School District in the wake of the scandal, saying that the family has yet to decide where the children will be educated.

Ahmed Mohamed was suspended last week and taken away from school in handcuffs after teachers say they became concerned and upset that the clock the boy built could be a bomb.

School officials called police, who arrested Ahmed even after he repeatedly explained to them that the device was a simple clock and not a bomb.

Since the arrest, police officials have admitted that they never thought the device was a bomb, but were acting on orders of school officials.

“Ahmed said, ‘I don’t want to go to MacArthur,’” Mohamed's father told the Dallas Morning News. “These kids aren’t going to be happy there.”

The senior Mohamed went on to say that in spite of positive attention from President Barack Obama and the Massachusetts Institute of Technology, Ahmed is struggling emotionally. His appetite is poor and he is having difficulty sleeping.

“It’s torn the family and makes us very confused,” he said.

The family is traveling next week to the United Nations in New York City and then possibly a pilgrimage to Mecca, the Islamic holy site. Ahmed's father said that the family's Islamic faith is sustaining them during this time.

“I ask Allah to bless this time. After that, we’ll see,” he said.

“When we come back, we’ll visit President Obama.”