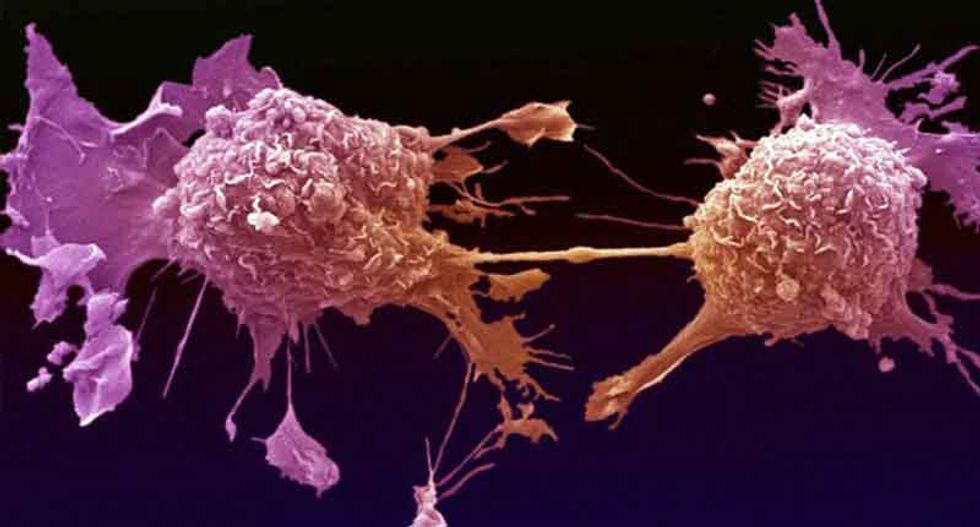 Americans are paying way over the odds for some modern cancer drugs, with pharmaceutical companies charging up to 600 times what the medicines cost to make, according to an independent academic study.

The United States also pays more than double the price charged in Europe for these drugs - so-called tyrosine kinase inhibitors (TKIs), a potent class of cancer pills with fewer side effects than chemotherapy.

The analysis by pharmacologist Andrew Hill of Britain's University of Liverpool, who will present his findings at the Sept. 25-29 European Cancer Congress in Vienna, is likely to fuel a growing storm over U.S. drug costs.

Democratic presidential candidate Hillary Clinton's declared aim to lower the cost of prescription drugs by ending what her campaign describes as "excessive profiteering" triggered a sell-off in drug stocks this week.

Hill told Reuters he had shared his work on the cost of producing TKIs with the World Health Organization (WHO), which is keen to add such treatments to its list of medicines deemed essential for a basic healthcare system. WHO officials have used the findings in determining that the drugs can be made at low cost, he said.

The first such TKI was added to the WHO's latest draft Essential Medicines List earlier this year.

Several widely-used TKIs are expected to become available as generics within the next five years, as patents expire. Hill calculated that large-scale production could achieve treatment prices in the range of $159 to $4,022 per person a year, against current U.S. prices of around $75,000 to over $100,000.

"It shows there is a lot of scope for prices to come down," he said. "There has to be some middle ground between the prices that companies are charging, which may not even be cost-effective by the standards set by some healthcare authorities, and the actual production cost."

Drug companies argue that they need to make decent profits to pay for the billions of dollars needed for drug research. Many companies also have extensive low-cost or even free access schemes for patients who cannot afford their medicines.

But the high prices charged for modern drugs is generating increasing push-back from healthcare providers, patients and some doctors.

Hill used Indian government data on the cost of pharmaceutical ingredients and allowed for a 50-percent profit margin - but no money for investment in research - to work out the costs of producing certain drugs.

On this basis, he found that Novartis' leukaemia drug Glivec actually cost $159 for a year's treatment, against the $106,000 charged in the United States.

Roche declined to comment. Novartis said it had no immediate response.

The issue is not unique to cancer drugs. Earlier this month, for example, Amgen launched its new injectable cholesterol drug Repatha in Europe at around half the U.S. price.

"Why should the U.S. bear this huge burden cost? It is not as if the GDP of the United States is so much higher than that of European counties, but they just seem to pay these big premiums," Hill said.

The future pricing of TKIs could also have major implications for developing countries, Hill believes, since mass production could open the way to widespread cancer treatment in the same way that cheap generic drugs helped fight HIV/AIDS.