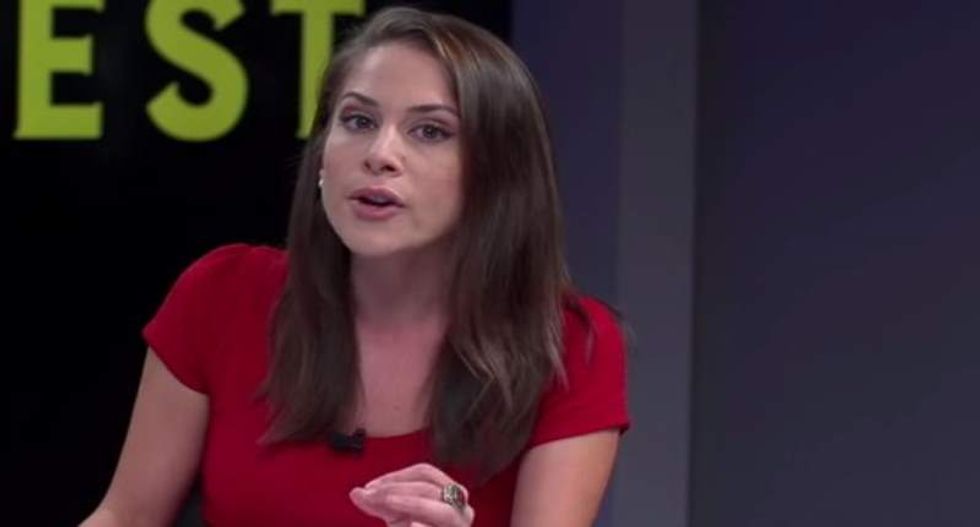 Young Turks host and Raw Story contributor Ana Kasparian slammed media outlets and politicians who complain about mass shootings being "politicized" on Monday, accusing the latter of doing so with a "very clear agenda."

"These conversations should be had as soon as innocent people die as a result of our lax gun laws. It's that simple," she said. "Anyone who thinks that it's 'politicizing it,' you need to shut the f*ck up and go mind your own goddamn business, because obviously, that's the perfect time to have that kind of discussion."

Partisan politics, Kasparian argued, begin playing a role in the aftermath of any mass shooting -- most recently the deaths of WDBJ-TV journalists Adam Ward and Alison Parker last week at the hands of a disgrunted ex-coworker during a live broadcast, which has become a springboard for Parker's father, Andy Parker, to call for lawmakers to be pressured into taking tougher stances on gun safety.

"You'll have the pro-gun advocates who say, 'No no no, don't use this very, very public, terrible, tragic event as a way of pushing for gun reform,'" she said. "And then you'll have people who are in favor of some form of gun control coming out and saying, 'Look, we should use this as a lesson, and we should use this as a way to strengthen any kind of gun control policy that we are even considering.'"

But only the people pushing for tighter gun safety statutes, she continued, are accused of "politicizing" the issue.

"So what is this man doing right now?" she asked, referring to Parker. "Is he politicizing a tragic event? No, he's speaking common sense about a serious problem that we deal with every single day in this country."