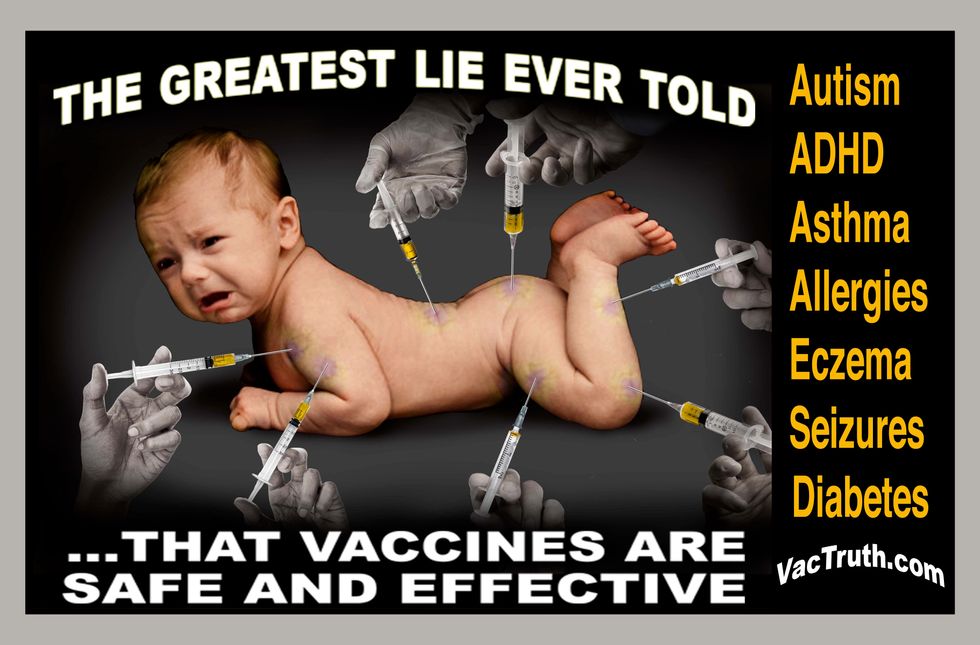 A group of anti-vaccination advocates in Vermont are considering starting their own faith to avoid government mandates that their children be immunized.

The Associated Press reported Monday about the phenomenon, which is a response to the state's decision to remove philosophical exemptions from the state's mandatory vaccination laws but to leave religious exemptions in place.

While some states demand evidence that parents are adherents to specific religions before allowing them to enroll their children in school without vaccinations, Vermont only requires that parents check a box that says the grounds upon which they are withholding the child's dose of medication are religious.

"The vast majority [of non-vaccinating parents] who used the philosophical exemption are planning to or are being forced to use the religious exemption," said Jennifer Stella of the Vermont Coalition for Vaccine Choice.

Recent outbreaks of centuries-old scourges like measles and whooping cough have spurred some states to crack down on non-vaccinating parents, who are withholding immunizations from their children because they believe -- against all medical evidence -- that vaccines are linked to autism.

"We believe that vaccine choice is a human right, and that parents should be provided with fair and accurate information about the medical products that their children are prescribed -- most especially, vaccines," says the Vermont Coalition website.

Parents Shawn Venner and Aedan Scribner want to send their daughter Zelda to the same school that Scribner attended in Cabot, Vermont, but the school will not admit unvaccinated children. Scribner sees a religious exemption as a possible way around the rule.

"I grew up here in Cabot, and would love my daughter to be able to go to the same school I did," said Scribner to the Globe. "But to get her into that school I’m going to have to do something like convert religiously."

Venner said that the couple and their friends have batted around the idea of starting their own faith so that all of their children can go unvaccinated, "a religion that says we’ll pretty much have a choice."

Parents will no longer be able to withhold vaccinations through the philosophical exemption as of June 30, 2016. Since no other state has yet taken this step, it is unclear whether Vermont will see a sharp jump in parents claiming their religion forbids vaccines.

The outbreak of measles in California in 2014 did little to dissuade many anti-vaccination (called anti-vaxxers by some) advocates away from their fear of immunizations. Even though the science behind the supposed connection between autism and vaccination has been thoroughly debunked, many anti-vaxxers stubbornly cling to their fight against modern medicine as a "war between good and evil."

“I am so, so sick of the constant hate directed at non-vaccinators by people who haven’t done a lick of research into the issue,” a commenter complained at the website Mothering.com.

“I think there is a concerted attempt going to get those who vaccinate to shun and harass people who question vaccines,” another anti-vaxx parent replied.

“It might be exposure to pro-vaccine propaganda. There is a lot of it around,” said another.