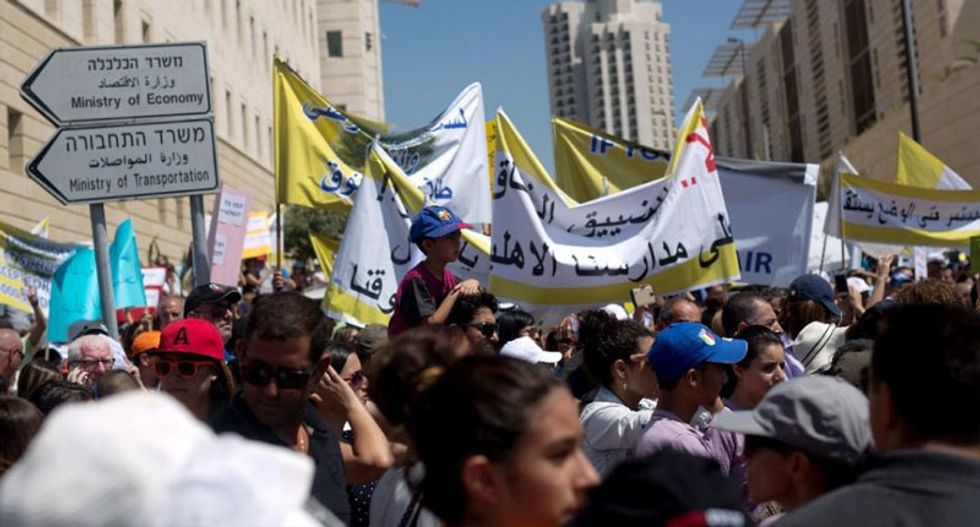 Israel's Christian schools which cater for 33,000 Arab pupils announced they are to end a month-long protest strike on Monday after a funding accord was struck with the education ministry.

The Secretariat of Christian Schools in Israel said the government would provide 50 million shekels ($13.7 million) for the 2015-2016 academic year and the annual average fees paid by parents would drop to $750 from $1,000 under the deal.

Christian schools in the Jewish state, 60 percent of whose Arab Israeli pupils are Christian and the rest Muslim, had been on strike protesting they had been allocated less than a third of state subsidies for equivalent Jewish schools.

Under the accord, a bipartisan commission is to be set up to submit recommendations by the end of March 2016 on the legal status of Israel's 47 Christian schools, most of which are run by the Roman Catholic Church.

"Our main aim is not funding as such but to obtain equal rights," Wadie Abu Nassar, an adviser to the conference of bishops in the Holy Land, told AFP.

Pope Francis intervened during the strike to call for a fair solution when he met at the Vatican with Israeli President Reuven Rivlin, who welcomed Sunday's accord that he said re-established trust between the two sides.

Arab Israelis are those who remained in the Jewish state after its foundation in 1948 and their descendants. They number more than 1.4 million or 17.5 percent of Israel's population.