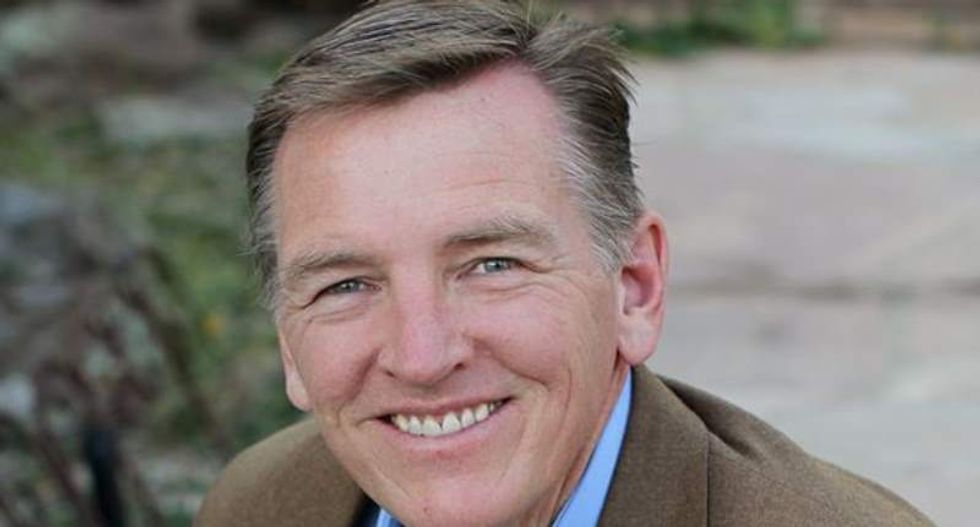 An Arizona Republican lawmaker is attempting to use his one-man boycott of Pope Francis' address to Congress last week as the basis for a fundraising campaign, the Washington Post reported.

"Religious tolerance and the right to life are not only Catholic teachings, but also fundamental American principles immortalized in the Declaration of Independence and the Constitution!" Rep. Paul Gosar wrote in an email to supporters. "Why ignore those conservative principles and focus on left-wing pseudo-science of 'global warming' instead? Pope Francis could have made a strong stand in support of life and family values. Unfortunately, he chose to pander to the liberal left."

Gosar began criticizing the Pope in a Sept. 17 column saying he would not attend the speech because of the Catholic Church leader's encyclical this past June calling for greater action on climate change.

The congressman said he was concerned that the Pope would "focus the brunt of his speech" on the issue, adding, "When the Pope chooses to act and talk like a leftist politician, then he can expect to be treated like one."

However, the Post noted that the Pope only made one allusion to global warming, and that Gosar was the only lawmaker who opted not to hear his speech.

In his fundraising letter, Gosar complained about being mocked by Late Show host Stephen Colbert, who said, "I don’t give a flying flock what your personal doctrine is, you do not disrespect the bishop of Rome."

Because of that criticism and attacks by what he called "countless other liberals," Gosar said, he would need $25,000 from supporters to defend himself.

"Should I fail to do so... the liberal sharks will smell blood in the water and try to use my principled boycott against me," Gosar wrote to end the letter. "Please do not allow that to happen. Join my team today! For America!"