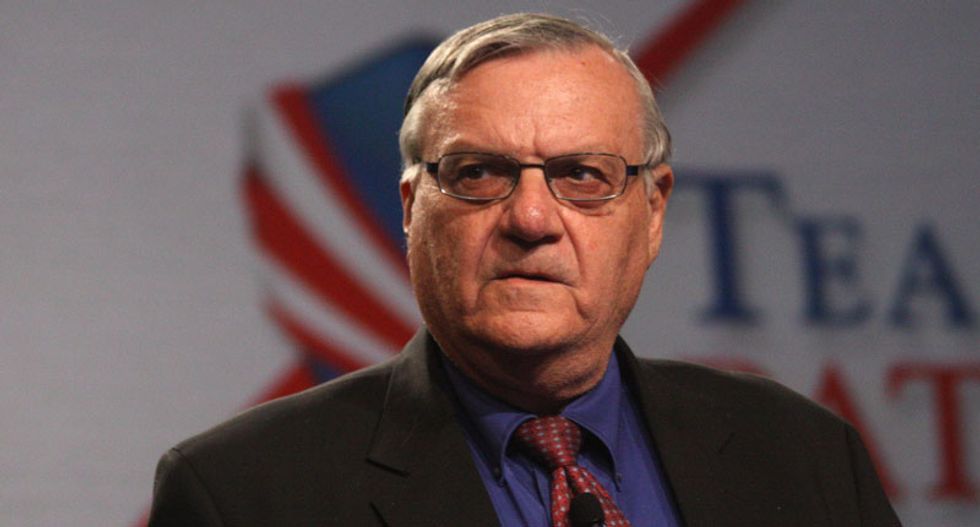 Arizona lawman Joe Arpaio, who has drawn controversy with his hardline stance on illegal immigration, faces a new round of civil contempt hearings on Thursday in federal court in Phoenix.

The 83-year-old, six-term sheriff of Maricopa County and four of his top aides will appear for a second session of contempt hearings before U.S. District Court Judge Murray Snow in a long-running racial profiling case.

Snow has said he will use the testimony to help decide what to do about non-compliance with his orders in the case, which could include imposing fines, restitution and greater oversight of Arpaio's operations.

Legal experts say the proceedings could take a more serious turn if Snow determines that the defendants' misconduct warrants referring the case to prosecutors.

That could open the door for Arpaio, who bills himself as "America's Toughest Sheriff" and is running for re-election next year, and the others to face criminal charges.

Snow, who has already found that Arpaio's office racially profiled Latino drivers and wrongfully detained them, convened the first round of civil contempt hearings in April after growing frustrated with the conduct of sheriff's officials.

The officials are accused of violating a 2011 injunction barring deputies from detaining people solely on the suspicion that they were in the United States illegally, as well as failing to turn over evidence to plaintiff's lawyers.

"MCSO needs top-to-bottom reforms in order to instill internal accountability to the court's orders and the community's expectations that their civil rights will be vindicated," Wang said in a statement.

Arpaio and his attorney could not be reached for comment.