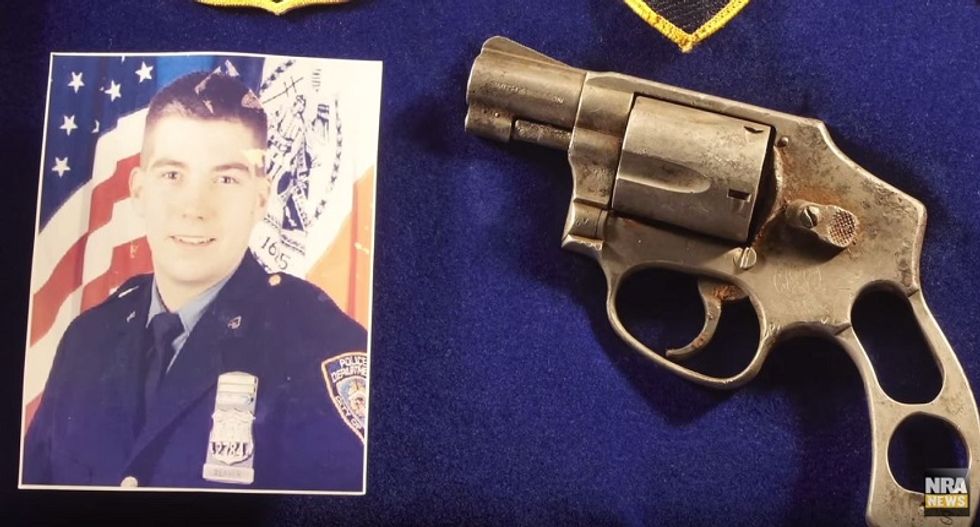 Many are commemorating people who died and survived 14 years ago today on September 11. While the faces of those who were victims or played key roles in rescue efforts have been celebrated, the National Rifle Association is honoring a gun.

The gun that survived the terrorist attack on New York City is a revolver that belonged to New York Police Officer Walter Weaver. Tragically, Weaver, like hundreds of other first responders, died when the World Trade Center towers collapsed.

"Like far too many, Officer Weaver never made it out that day … but his revolver was recovered from the ashes," the NRA website says. "With the 14th anniversary of the September 11 attacks coming up tomorrow, Weaver’s revolver holds a place of honor today and serves as a somber reminder of the law enforcement officers who put their lives on the line daily. It’s an ordinary firearm that stands as a symbol of extraordinary bravery."

The NRA says the Weaver family donated the revolver to its National Firearm Museum, where it's known as the 9/11 Revolver. It's kept alongside a photo of Weaver and New York police officer patches.

Weaver was one of 72 police officers, 343 firefighters and roughly 3,000 civilian casualties. A street in New York City has been named in his honor.

Watch the NRA's video about the gun here: