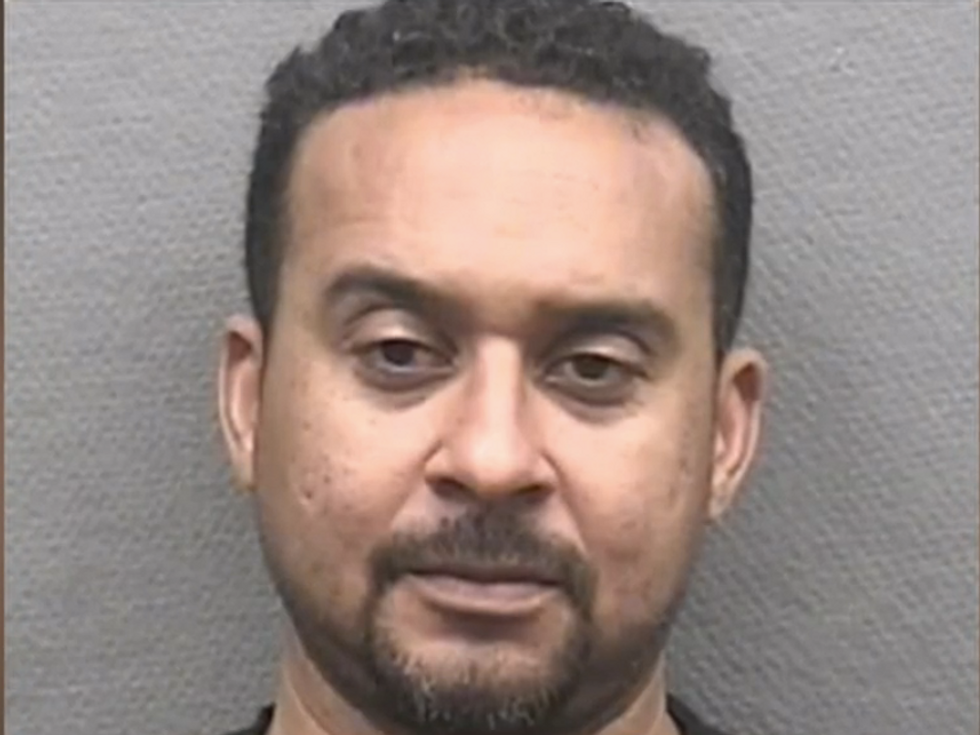 An agent with the Bureau of Alcohol, Tobacco and Firearms (ATF) was arrested on Friday after he assaulted one man and held his gun on a crowd of people at a high school football game in Houston, Texas.

According to KHOU Channel 11, Special Agent Marc Delpit was taken into custody after an altercation in the parking lot of St. Thomas High School during halftime between a football game between the St. Thomas and Angleton High Schools.

Delpit's son is reportedly a player on the St. Thomas team, as is the son of the man Delpit is accused of assaulting.

Witnesses say the two men were arguing when Delpit knocked the other man to the ground and continued to viciously beat him. When bystanders attempted to intervene, Delpit reportedly drew a gun and waved it at them.

"Pending the outcome of the investigation, the agent in question has been placed on administrative leave with pay and has been relieved of his firearms, badge and credentials," she said.

A delegation from the national ATF office in Washington is traveling to Houston to meet about the issue and conduct and investigation.

Houston Police told Channel 11 that Delpit claimed he was acting in self-defense, that the other man attacked him first. He also said that he drew his gun on the crowd of bystanders because he felt "threatened."

St. Thomas High School directed all inquiries about the matter to the office of their attorney, J. Marshall Horton, who released a statement that said, in part:

"St. Thomas High School experienced an unfortunate incident on campus. The school leadership has followed all appropriate procedures in the handling of this incident, and will continue to cooperate with law enforcement."

Host Sean Hannity laid out a scenario, attacking Biden for deciding to not sanction a Russian oil pipeline. "Maybe Joe thinks that Russia has him compromised?" he told viewers, despite no evidence to support that claim.

A Black police officer in Knoxville, Tennessee was subjected several times to racist taunts from fellow officers -- all while the department did nothing despite complaints from multiple cops.

Knox News reports that Knoxville Police Officer DionDré Jackson in 2019 complained to a lieutenant about fellow officer Adam Broome, whom multiple witnesses said taunted Jackson by telling him he must know a lot about "slave ships," while at the same time ranting about "bullsh*t" reparations for "you all" Black people.