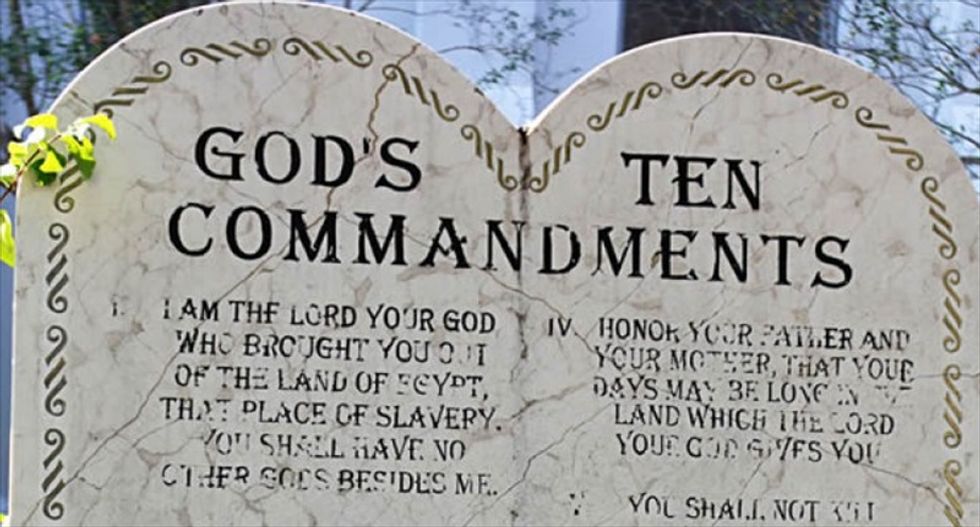 A school district will remove a monument of the Ten Commandments after a judge determined having it on school grounds is unconstitutional, WPXI reports.

A federal judge ruled the monument, outside Connellsville Area Junior High School outside Pittsburgh, violates the First Amendment. While the judge stopped short of ordering the district to remove it because the family that sued moved away, district officials said the conclusion was still clear that it was unconstitutional and another student could easily sue.

The school board voted this week to return the monument to the Fraternal Order of Eagles, which donated it in the 1950s. The decision was made to avoid a further costly legal action, the Tribune-Review reports.

"We're delighted that reason will prevail and school First Amendment precedent will be followed. Returning these biblical edicts to the Eagles is the rational solution," Freedom From Religion Foundation co-president Annie Laurie Gaylor told WPXI. FFRF had helped the family bring the lawsuit against the district.

The granite monument was inspired by the 1956 Charlton Heston movie, The Ten Commandments. The Eagles clubs had donated several of them around the country.

The case sparked an emotional local response, with monument advocates forming a movement called Thou Shall Not Move, the Tribune-Review reports.

"I'm upset they did this without an open discussion or community involvement," monument supporter Gary Colatch told the paper. "They had the community's support."

But officials said the district is financially strapped and they can't afford potential litigation, when a ruling against them would be the clear outcome.

"We surely don't have the money to fight against something like this," school district director Ken Lape told the paper.