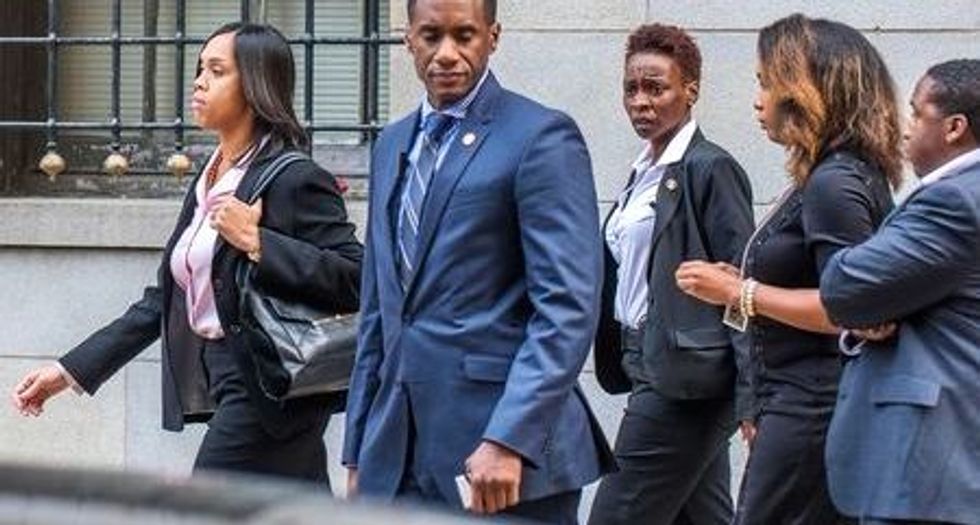 Baltimore has reached a tentative $6.4 million settlement with the family of Freddie Gray, a black man who died from an injury sustained in police custody, city officials said on Tuesday.

The settlement with his family will be submitted to the Baltimore Board of Estimates for a vote on Wednesday, the office of Mayor Stephanie Rawlings-Blake said in a statement, adding that it does not constitute an admission of liability.

It will have no effect on the criminal trials of six officers charged with Gray's death in April, the statement said. His death from a spinal injury following arrest sparked protests and rioting, and fueled a U.S. debate on police treatment of minorities.

"The proposed settlement agreement going before the Board of Estimates should not be interpreted as a judgment on the guilt or innocence of the officers facing trial," Rawlings-Blake said, adding that it would resolve related civil claims against Baltimore and avoid drawn-out litigation.

On Thursday, Williams will hold a hearing to determine whether the trial should be moved from the largely black city of about 620,000 people because of the uproar over Gray's death.

Officers arrested Gray, 25, on April 12 after a foot chase in crime-ridden West Baltimore. He was bundled into a transport van while in handcuffs and shackles and was not secured with a seatbelt.

Gray died a week later from a spinal injury and a medical examiner ruled the death a homicide. Three of the officers charged are white and three are black.

The city hall statement said Gray's family would be paid $2.8 million in the current fiscal year and $3.6 million in the one starting July 1, 2016. The Board of Estimates controls city finances, and its five members include the mayor.

The payout would be the latest in a long line of settlements by Baltimore over allegations of police brutality. Since 2011, the city has paid a total of $5.7 million in police-related court judgments and settlements, according to the Baltimore Sun.