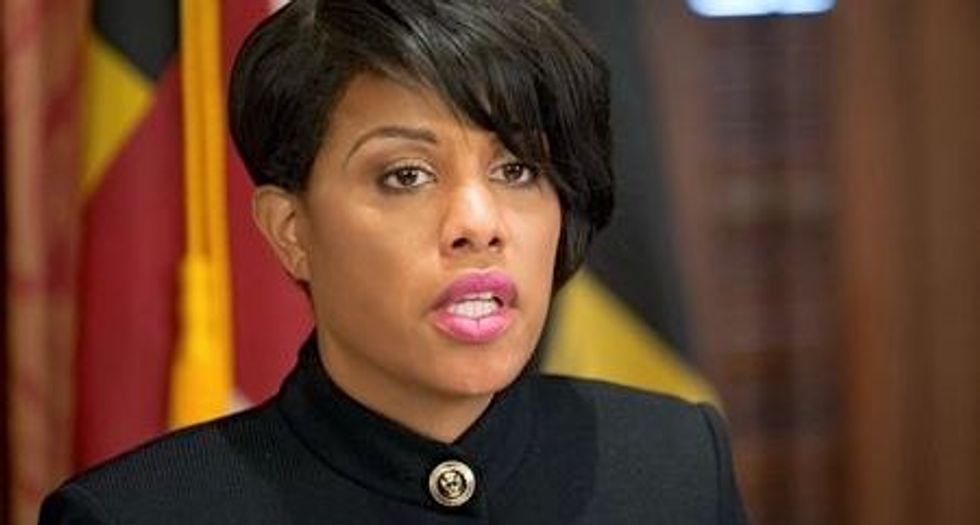 Baltimore Mayor Stephanie Rawlings-Blake, whose city was rocked by riots earlier this year over a black man's death in police custody, will not seek re-election when her term ends next year, she said on Friday.

Rawlings-Blake, who became something of a flashpoint in the troubled city, was criticized by the public for her handling of the April riots that followed the death of Freddie Gray, which saw dozens of cars and buildings burned.

In a hastily arranged City Hall press conference, the Democrat, who is black, said her decision was not directly related to the Gray case but acknowledged the past six months have been a "tough time" for Baltimore.

"While certainly I would not have chosen (the unrest), you don't choose ... you play the cards you're dealt," said Rawlings-Blake, 45, who spent 12 years on city council before becoming mayor in 2010. "I have chosen to govern for the next 15 months rather than campaigning."

Baltimore is braced for the upcoming trials of six police officers charged in Gray's death, which resulted from injuries he sustained in the back of a police van following his April 12 arrest in a crime-ridden West Baltimore neighborhood.

Gray's death was one in a series of police killings of unarmed black men that sparked more than a year of protests across the United States about race and justice, and gave rise to the "Black Lives Matter" movement.

The city on Wednesday approved a $6.4 million settlement with Gray's family, a deal that the city's main police union criticized for having come before any finding by a jury of criminal wrongdoing.

Rawlings-Blake had been president of Baltimore's city council in February 2010 when the city's then-mayor stepped down after being convicted of embezzlement. She successfully ran for re-election in November 2011.

She declined to say whether she planned to run for higher office, and denied any concerns about being able to win a second full term.

"I haven't lost an election since middle school," she said.