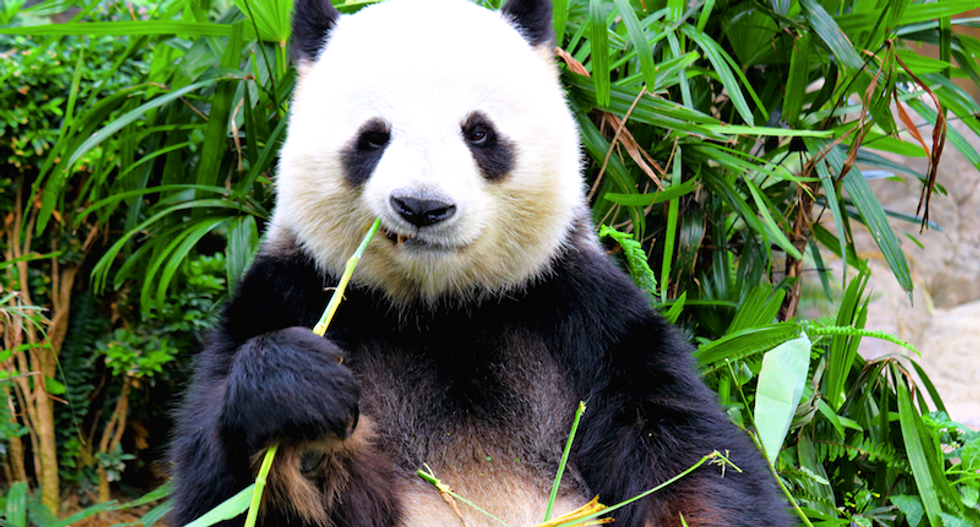 Belgian researchers are examining the excrement of giant pandas to try to understand how they can digest tough bamboo, hoping for clues on how to develop new generations of biofuel.

The genetic make-up of endangered pandas is that of a carnivore but the animals have adapted to a diet consisting almost exclusively of bamboo.

While a few scientific studies have looked into the digestive tract of the panda, the researchers say their study is the first to focus on the microorganisms in the animal's gut.

"We can look for new enzymes which could be used to degrade tough biomass," said Korneel Rabaey, professor for biochemical and microbial technology at Ghent University, standing outside the giant panda enclosure at the Pairi Daiza zoo in Belgium.

The results of the study may point to new, cheaper, ways to produce so-called second generation biofuels made from plants and biomass not destined for consumption such as corn stalks.

Six-year-old panda Xing Hui, whose name means sparkling star, and his female partner Hao Hao, meaning kind, paid little attention to the scientists collecting their droppings on Monday, instead soaking up the sun and chewing through the first stems of their daily 10-kg (22-lb) portion of bamboo.

The research may also help the pandas. "We can also go back to the animal and understand why it is eating only certain kinds and parts of the bamboo," Rabaey said.