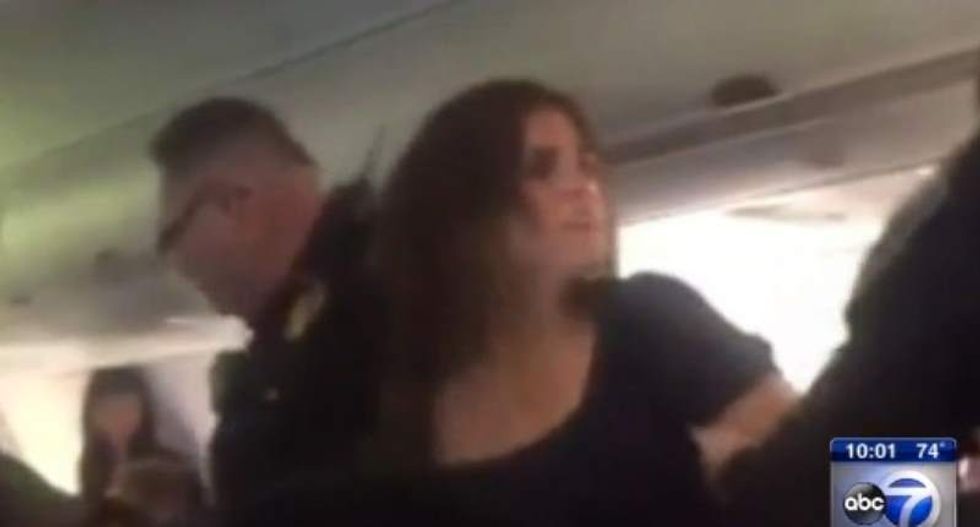 An unidentified woman could face federal charges after causing an American Airlines flight from Miami to Chicago to be rerouted in order for police to arrest her, WLS-TV reported.

"She seemed really calm. She was talking about her boyfriend," said one passenger, Jim Saviano. "And then, all of a sudden, she grabbed [a flight attendant] by the face, kissed her and then punched her in the face."

Another passenger, Marian Frendt, said the woman was "disoriented" throughout the flight, walking back and forth up the aisle, cursing loudly and sweating heavily. At one point, Frendt said, the woman kicked the seat of the passenger sitting in front of her, then hit him when he turned to her to complain.

That apparent incident led to the flight attendant taking her into the back of the plane, leading to the second alleged attack. At that point, the pilot reportedly asked for "large passengers" to help the crew restrain her. One of those passengers, Darnell Wilson, said the woman refused to get off the ground.

"She kept hollering that she was going to mess herself," Wilson said. "She was cursing people out. It was really absurd."

The flight was forced to make an emergency landing in Indianapolis, where she was arrested and taken off the flight. The woman was charged with battery, criminal recklessness, disorderly conduct and disrupting the operation of an aircraft. The attendant was not seriously injured.

Watch footage of the woman being taken off the plane, as aired on WLS, below.