Bernie Sanders defends Pope Francis: He is helping to 'significantly turn the tide' on climate change 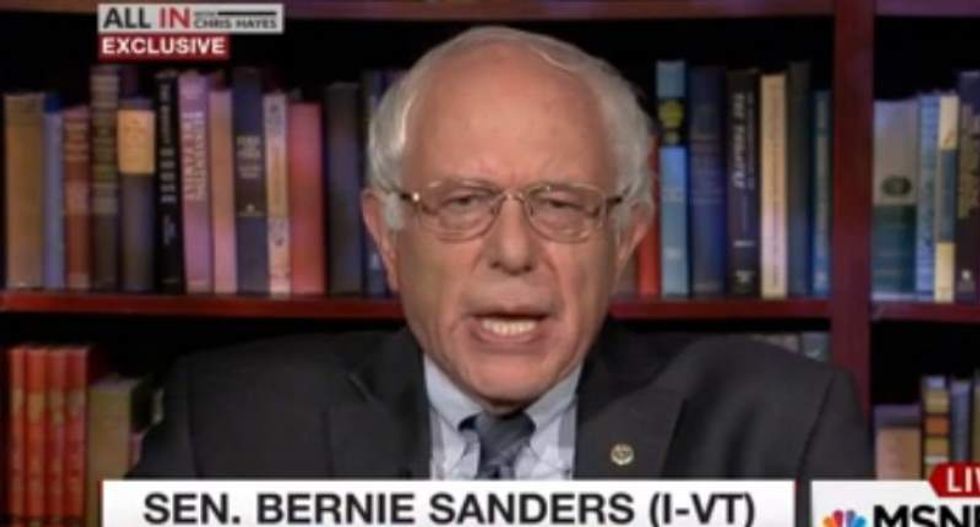 "Obviously, I disagree with the Pope on a woman's right to choose, and I disagree with the Pope on issues of gay marriage," Sanders said. "And our Republican friends kind of gravitate to him on those issues. But I think the fundamental critique he is making of the hyper-capitalist society that we are seeing globally is something that is striking a strong resonance in the hearts of many of the progressive members of the Congress, and we applaud him very much."

Republicans have found themselves clashing with the Pope on issues ranging from income inequality to climate change, with the most recent salvo coming from Rep. Steve King (R-IA), who said the church leader should stop talking about "what might be called pollution."

Hayes noted that Pope Francis devoted an encyclical to the issue, asking Sanders, "How important is that voice in this debate?"

"It is hugely important," the senator replied. "It is helping us significantly turn the tide. When you have the leader of the Catholic Church telling us that we cannot continue to destroy God's planet, and that we have got to move in an aggressive way to tranform our energy system away from fossil fuel. That is a profound statement which I see already having a significant impact on the debate."