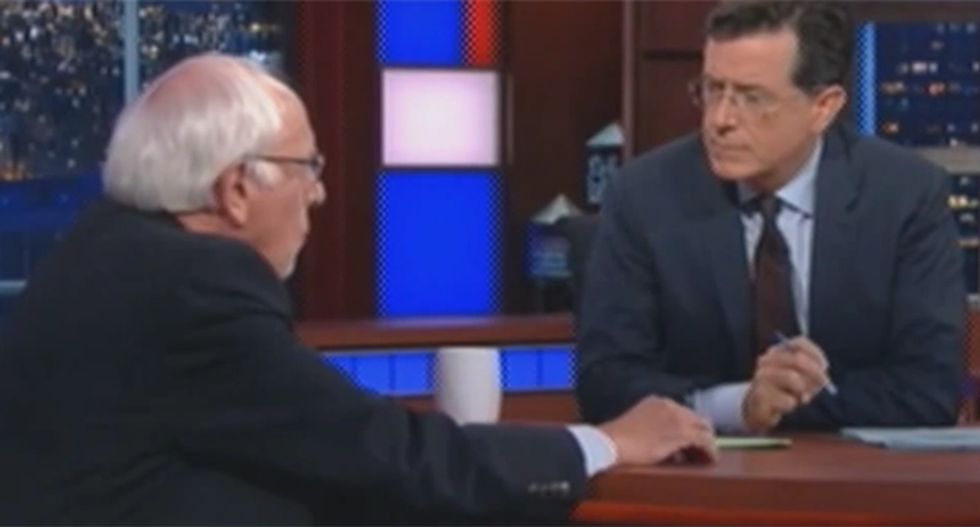 The audience went wild when Colbert asked them if they were "feeling the Bern."

During the interview, Colbert argued that capitalism made America the wealthiest nation on Earth. But Sanders wasn't impressed. "We are the richest country on Earth. We are the only wealthy country on Earth that doesn't offer paid medical sick leave and people are asking why."

Sanders also explained why he thought his campaign was so popular. “I knew we had a message that would resonate with the American people."

When asked about Donald Trump's popularity, the senator worried that what "...Trump is doing is appealing to the baser instincts among us -- xenophobia, and frankly, racism."

You can see a couple of partial clips of the interview below:

You can watch the full segment at Gawker.