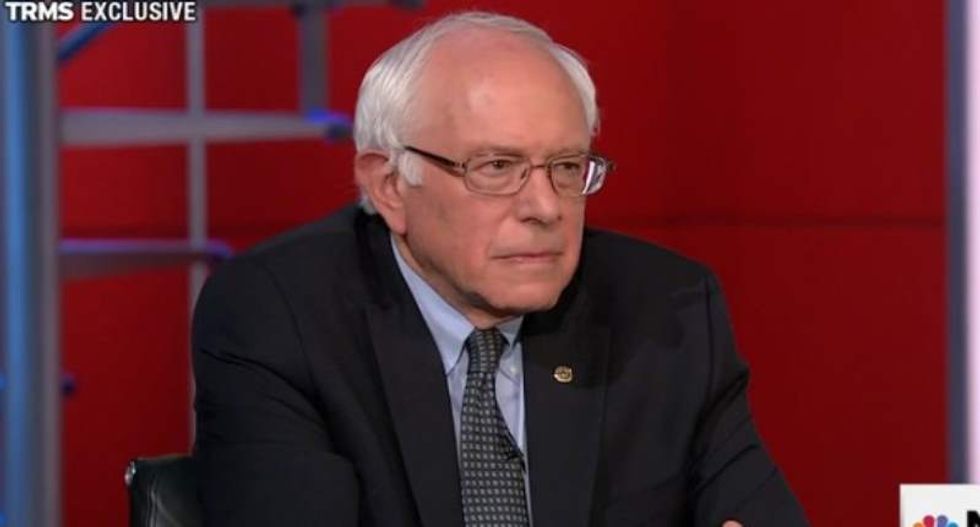 Sen. Bernie Sanders (I-VT) kept up his criticism of the Republican presidential candidates on Thursday night, pointing out their refusal to address several issues, seemingly without repercussions.

"Republicans get away with murder, because they are never challenged," he told MSNBC host Rachel Maddow. "Last night, I have to tell you, I did quit after two-and-a-half hours. The energy was just sucked out of my body. I was exhausted watching this stuff."

Sanders offered live commentary on Twitter during the debate on Wednesday night, arguing that each of the 11 candidates was boasting about a tough foreign policy.

Maddow also showed footage of Republican front-runner Donald Trump's anecdote during the event linking autism to vaccine, which was not shot down by Sen. Rand Paul (R-KY) or Ben Carson, both of whom are or were medical professionals.

"It made me feel like last night's Republican debate was like a public health hazard in addition to everything else it was," she said.

"I think the evidence is overwhelming that vaccines do not cause autism," the senator responded. "And it really is a little bit weird for Trump -- who, I presume, has no medical background -- to be raising this issue. And obviously it is a concern. When somebody like that says it, you're gonna find thousands of people now who are gonna hesitate to give their kids the shots, and bad things may happen."