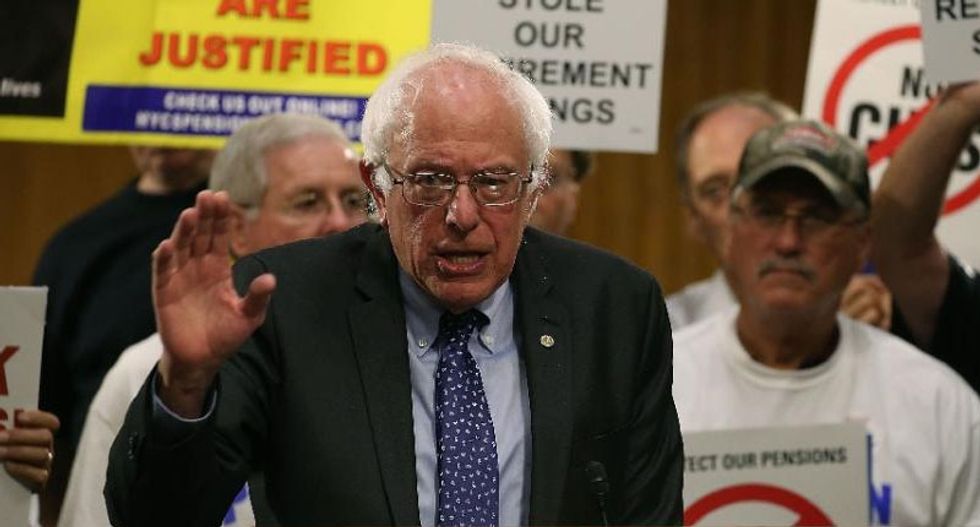 Activists have called on Bernie Sanders to make a more explicit commitment to tackling racial as well as economic inequality, despite a meeting in Washington designed to shore up his support among African American voters.

Related: Bernie Sanders, who? Winning over southern black voters the next hurdle

As the Vermont senator steps up his growing challenge to Hillary Clinton for the Democratic presidential nomination, his ability to rally black supporters – particularly in southern primary states where he is less well known – has become a potential limiting factor in his long-term success.

Campaigners who met Sanders at a meeting in Washington this week say they were heartened by his increased recognition of their concerns in the wake of the Michael Brown killing in Ferguson, Missouri, and other police shooting incidents in the year since.

But some of those in the meeting said they were still “interested in seeing” if he responds to their argument that tackling racial injustice needs specific policies beyond Sanders’ general commitment to reducing inequality.

“Senator Sanders – and every candidate – can and must focus explicitly on race,” said Brittany Packnett, an activist with Campaign Zero and member of the Ferguson Commission.

“Divorcing economics from race leaves communities of color behind every time,” she told the Guardian. “Black unemployment is higher than all others. So, for example, a jobs program that doesn’t specifically address black unemployment within a larger policy will only help a select few.”

The Sanders campaign apologised in August for initially being slow to reach out to activists in the Black Lives Matter movement and convened Wednesday’s meeting amid a growing focus on criminal justice reform by the senator.

On Thursday, Sanders joined with African-American congressman Keith Ellison in launching new legislation aimed at phasing out the use of private companies to run state and federal jails, a factor they say has played a big part in soaring US prison numbers and the disproportionate incarceration of young black men.

Sanders defended his focus on big picture initiatives such as this, but acknowledged that private sector prisons were only one part of a problem that needed to include sentencing and police reform too – issues that have received more bipartisan support than his attacks on corporate America.

“I personally will be focusing on comprehensive criminal justice reform,” Sanders told the Guardian. “This is one important part and I think can bring a number of people around this issue, but you’re right, this is a much broader issue.”

The senator also pointed to proposals in the legislation to restore the role of the federal parole system as an example of where his ideas can help turn around the lives of people trapped in the prison system.

“What we want to do throughout criminal justice is to give flexibility to people to say, ‘You know what this guy has remorse, he really has rehabilitated himself and we think he’s going to go out and get a job’,” said Sanders.

“We want to allow that flexibility rather than forcing the system to keep people in jail a lot longer than they should, or sentencing them to jail without the flexibility to take circumstances into account.”

But the senator acknowledged that focusing on the role of private companies in the prison system was only a small part of problem.

“It doesn’t get to the root cause, but what it does is get away with the perverse incentives,” said Sanders. “In other words, if you make money by having more people in jail ... if you make money if people fail when they are released and have to come back, then your incentive is not to do the right thing.”

“We have no illusions. I am not here telling you this is the end of criminal justice reform,” he added. “There is a whole lot of work that has to be done, but this is an issue where we can bring out bipartisan support.”

The campaigners who met with Sanders the day before said they were hopeful he could be encouraged to take more direct steps to tackle racial injustice, including economic subsidies for “racially oppressed communities” in areas such as healthcare and education.

“It was a productive meeting,” DeRay McKesson, a leader of the recently launched comprehensive policy platform Campaign Zero, told the Guardian regarding the senator. “There were many perspectives present. There were really healthy conversations about income and wealth and how race factors into them.”

Campaign Zero, which represents to the most comprehensive set of policy demands to spring from the protest movement that Ferguson begat, will continue to track presidential candidates on issues from paramilitary gear for police to body cameras.

“I hope Senator Sanders will be pushed by our thinking and that his willingness to include race, and not class, in his policies and plans,” added Packnett. “We can’t afford for him – or any candidate – not to.”

Packnett has met with Barack Obama on police reform also sits on the Ferguson Commission, which this week released a sweeping report on how community policing affects racial disparities across society.

Winning the support of activists may also help Sanders in his battle to persuade progressive Democrats in Congress to endorse his campaign, something none have yet done.

“Senator Sanders is our brother. He is a member of the progressive caucus. We are very proud of him,” Ellison told the Guardian.

“These kind of political considerations should be done with care and consideration and I am not at liberty to discuss those conversations but you can rest assured they are happening.”

According to opinion polls, Sanders has pulled ahead of Clinton in the key early primary states of Iowa and New Hampshire but still has a long way to got to catch her in the clutch of southern states that vote on “super Tuesday” and could serve as a firewall for her in checking his leftwing insurgency.