Bernie who? Winning over southern black voters is Sanders campaign's next hurdle 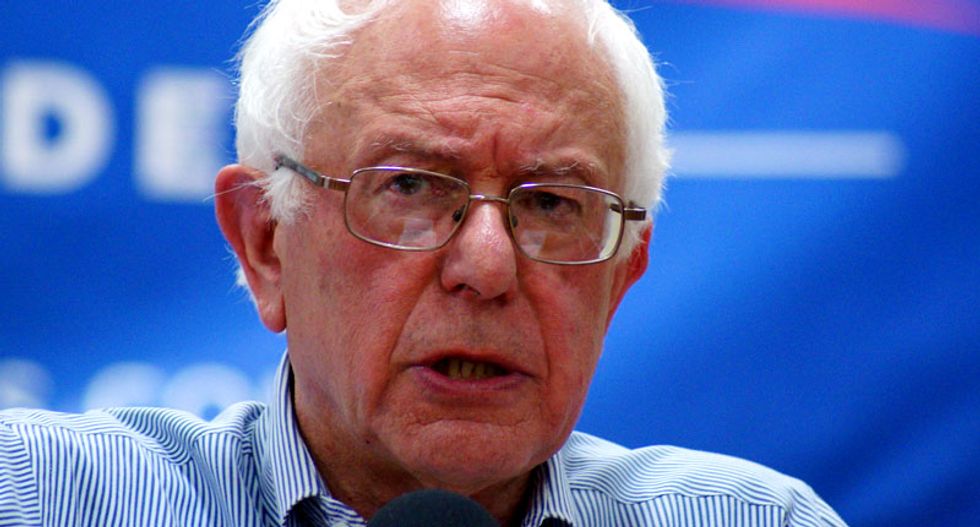 Bernie Sanders has a problem on the southern horizon.

Sanders, a long-time independent senator from Vermont, has focused his campaign on the largely white northern reaches of New England, running to the left of his leading opponent, Hillary Clinton.

At first, doing so seemed a good strategy: Sanders found swelling support among diehard liberals and disillusioned progressives. Meanwhile Clinton stumbled, damaged by allegations that as Secretary of State she stored official, classified email on a private server.

The result is that Sanders has unexpectedly charged in polls from key states: he is leading in New Hampshire, and has pulled even – and possibly ahead of – Clinton in Iowa.

Sanders has said he is “stunned” by the numbers. A recent CNN/ORC poll shows him pulling within 10% of Clinton across the nation. That’s the narrowest gap yet.

Unfortunately for the Sanders camp, though, that distance will be difficult to close. Clinton, recognizing her early stumble in key states, has shored up her support in the next major battlefield: the south, particularly crucial southern black voters.

Sanders, in the meantime, has not made much of an impression.

Daryl Harris, chair of the political science department at Howard University, remembers feeling puzzled by a visit Sanders made to speak on 28 April. At the time, the senator had promised to announce before the end of the month whether he would run for president.

“There was just a buzz in the air. Everyone knew he would announce,” Harris said.

Howard – a traditionally black university – seemed like the ideal setting.

“But he didn’t,” Harris said. Instead, he said, Sanders gave a boilerplate talk about labor issues and other standard democratic socialist points that fell flat with his audience. Listeners wanted solutions on a more immediate matter: a recent wave of deaths among black men in confrontations with police.

“He didn’t address racial issues at all, until someone prompted him with a question at the end,” Harris said. “It seemed like an afterthought.”

Sanders has a strong background on exactly the issues he seemed to avoid. As a student at the University of Chicago he was active in the now-legendary Student Nonviolent Coordinating Committee. In 1962 he was arrested for protesting public school segregation. He posted flyers around the city about police brutality.

In 1985, as mayor of Burlington, Vermont, he traveled to Nicaragua to protest US involvement there in repressing leftwing movements. More recently he has consistently voted against the Patriot Act, declaring that it violates the civil rights of all Americans, but most specifically Muslims.

Sanders’ campaign took a heavy blow this summer, when Black Lives Matters activists repeatedly interrupted and even took over his campaign appearances, to protest a lack of attention to racial issues.

Sanders’ mistake, Harris said, was assuming that anyone outside his almost entirely white home state had been keeping track.

“Meanwhile Hillary Clinton is a sort of institution unto herself,” Harris said. “I just can’t see him winning the nomination over her. Among black voters across the south, she has the recognition.”

In Moss Point, Mississippi, for instance, Ebony Hayes, 29, works as a counselor at the Gulf Coast Women’s Center for Nonviolence. She stays politically aware, she said, because her work requires a close understanding of social justice laws.

Of course she knew Hillary Clinton, she said. But what about the other leading Democratic contender, Bernie Sanders?

In Alabama, at Bishop State College, two black students, 21-year old Octavia Moore and 28-year-old Anita Dean, emerged from a biology class, talking politics. Moore said she had not yet decided whom she would vote for. Dean said she would vote for whichever candidate seemed strongest on matters of equality and the environment.

“So probably Hillary,” she said. “She is equipped and has the experience to do the job.”

Neither had heard of Bernie Sanders.

Sanders is pushing now to make himself known. On Saturday he appeared at Benedict College in South Carolina, a traditionally black school and a well-trodden campaign stop in a state where most voters are black. Cornel West – Sanders’ most prominent black advocate – introduced him as “a brother of integrity and honesty”.

At least half the audience, though, was white.

Farther from the campaign trail, in southern Alabama, there is a community that calls itself Africatown, formed hundreds of years ago by escaped and freed slaves. Many residents, like 64-year-old Ernest Williams, can trace their heritage back, just a few generations, to slaves. People in Africatown are generally poor and not particularly well educated, but they are relatively politically savvy.

Williams, sitting in the shade of his front yard, said he watched television news each morning at 4am, and typically laughed at the spectacle of it all.

“I like Big Money,” he said, referring to Donald Trump. “He’s like a clown, so that’s a good time.”

Would he vote for Trump?

“Oh no, no, no,” he said. And in one phrase he articulated Bernie Sander’s greatest challenge: “I’ll probably just vote for old Bill Clinton’s wife.”