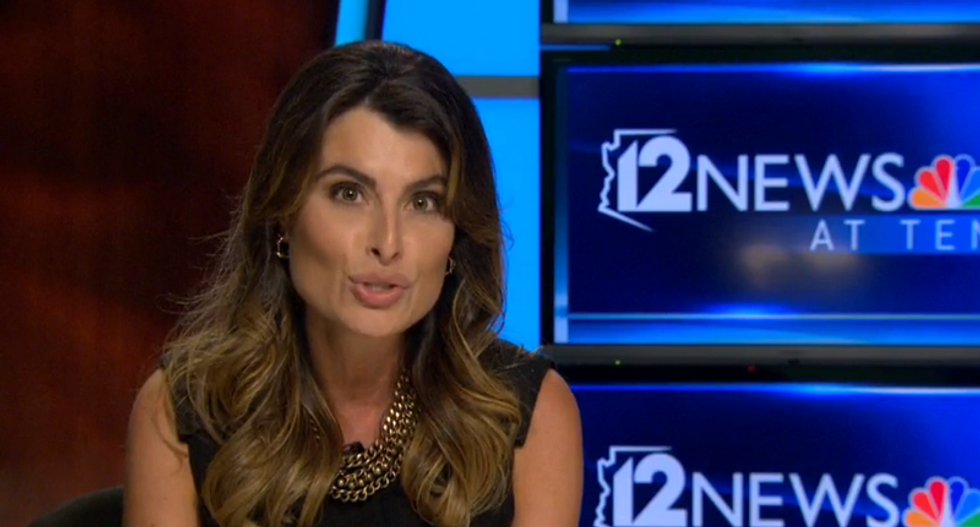 An Arizona news anchor bilingual in Spanish and English responded recently to audience criticism over her pronouncing Spanish words with a Spanish accent.

Vanessa Ruiz, who told viewers she was raised in a household where both languages were spoken and has lived in different U.S. states as well as Europe and Latin America, found herself on the defensive for proper pronunciation after joining 12News in June. The station covers the Phoenix area.

The criticism attracted enough attention to prompt Ruiz to respond on air.

"Just so you know, I was lucky enough to grow up speaking two languages, and I have lived in other cities in the U.S., South America, and Europe. So yes, I do like to pronounce certain things the way they are meant to be pronounced, and I know change can be difficult. But it’s normal and I know over time that everything falls into place," she said, in a clip procured by Media Matters.

While Ruiz has received glowing support for continuing to properly pronounce Spanish words, she still gets backlash.

"I'm not impressed with you. I hear the 'certain way' of speech when I'm out and about, wondering sometimes if I was transported to Meh he co," Bob Jorgensen responded on her Facebook post. "Please speak with out your accent! I hope I didn't offend, but I love the first amendment without second hand accent."

According to AZCentral, someone tweeted at her, "You are a news person. Not a mariachi. Speak english."

One man simply wrote, "Go back to Mexico." According to Ruiz' 12News bio, she was born in Miami and spent her childhood in Colombia.

This week, Ruiz said on her Facebook page she is surprised by the firestorm her pronunciation has generated.

"After a whirlwind day, I want to say this: It's not about me. My comments about some of your inquiries were made out of respect and acknowledgement for some of those who watch us and wondered why I pronounced certain things a certain way in Spanish. I was more than happy to explain and/or clarify. Nothing more. To see what it has become has been surprising, to say the least, but if anything, I'm happy it has ignited a dynamic conversation," she wrote.

Watch Ruiz respond to criticism of her accent, via Media Matters, here: