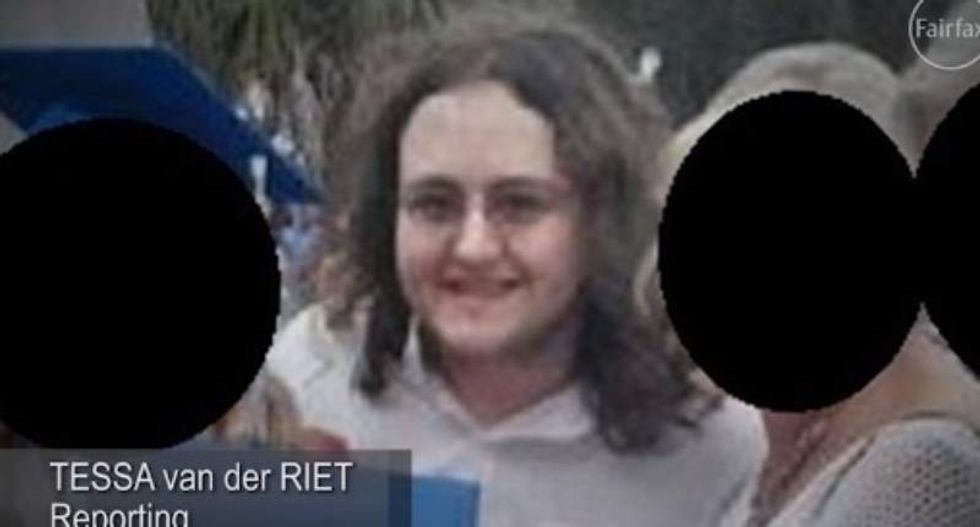 The 20-year-old Florida man accused of trying to instigate a bombing at a 9/11 memorial in Kansas City has also been pretending to be an Islamic State sympathizer based out of Australia, the Sydney Morning Herald reported.

Federal and Australian authorities said Joshua Ryne Goldberg went by the name "Australi Witness" on Twitter and posted pictures claiming to show him working on a bomb he said contained more than two pounds of explosives.

According to the Tampa Bay Times, Goldberg -- who actually lived with his parents in Orange Park, a suburb of Jacksonville -- Goldberg presented himself as a Lebanese man who immigrated to Australia and became "enamored" with the extremist group's ideology. He also claimed to have worked for Amnesty International.

He was charged with having information relating to destructive devices, explosives, and weapons of mass destruction after being arrested on Thursday. He faces a 20-year prison sentence if convicted.

Officials with the FBI became aware of Goldberg after someone using the online name "AusWitness" took responsibility for the attempted attack at an anti-Islamic event in Garland, Texas, which resulted in the shooting deaths of two men.

"You might know me for inspiring the attacks in Garland," the post read. "Where two mujahideen entered an event mocking the Prophet Muhammad . . . with intent to slaughter. The Jews are the worst enemies of Allah. When Islam conquers Australia, every single Jew will be slaughtered like the filthy cockroaches that they are."

The Morning News posted screenshots of the suspect using the account to post the address of the event, where drawings of the Islamic Prophet Muhammed were to be displayed, and telling his "brothers" to "go there with your weapons, bombs or with knives."

As Goldberg started chatting online with a bureau informant, the "Australi Witness" account was traced to his residence. When the informant told the suspect that he did not know how to make any bombs, Goldberg allegedly offered to send him instructions on how to do so.

"Have you decided what kind of attack to carry out on 9/11," he wrote. "I was thinking a bombing. We could make pipe bombs and detonate them at a large public event."

He later allegedly decided on making a pressure-cooker bomb similar to the one used in the attack at the 2013 Boston Marathon, telling the informant -- who he believed would carry out the attack on Goldberg's behalf -- to make sure to not only use metal in nails, but to "dip the screws and other shrapnel in rat poison before putting them in."

After his arrest, Goldberg reportedly said he intended for the would-be bomber to either "kill himself creating the bomb," or notify authorities regarding the attack and take credit for stopping it.