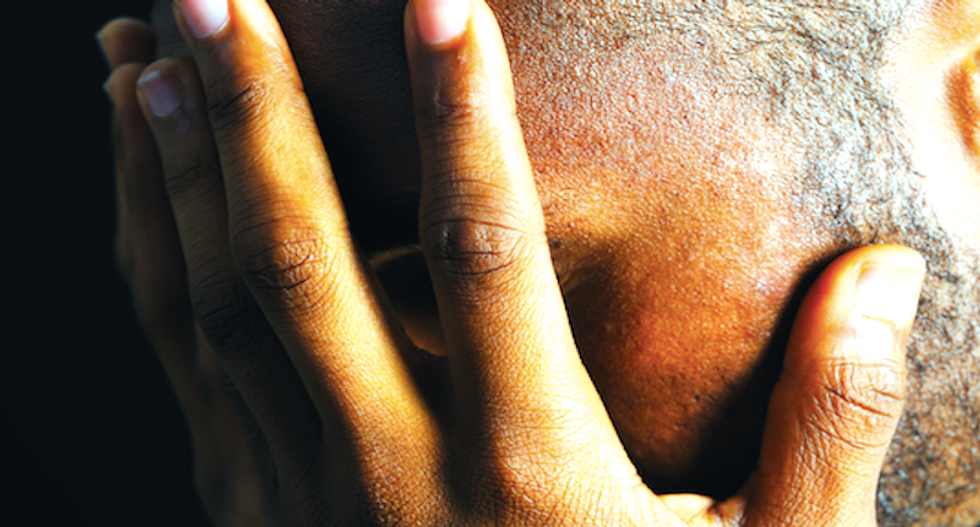 A black Rhode Island police officer who helped capture a fleeing suspect has filed a lawsuit against the colleagues who beat him up after mistaking him for the fugitive.

Christopher Owens, a 10-year veteran of Providence police, was enjoying a day off Sept. 19, 2012, with his son when they witnessed a tow truck crash into a car.

The tow truck's driver, Sean Sparfven, was fleeing from officers investigating an auto theft -- although Owens did not know that when he ran to assist a woman injured in the car.

Owens said he heard sirens while he rendered first aid, and then he noticed Sparfven was attempting to run away.

The off-duty officer tackled Sparfven, who is also black, and he was violently struggling with the suspect when police arrived.

Owens claims in the lawsuit that a half-dozen police officers -- including his own colleagues -- assaulted and handcuffed him instead of helping him subdue Sparfven.

The off-duty officer said he repeatedly identified himself as a Providence police officer, but his claims were ignored and he was placed in the back of a patrol car -- where he watched as officers then attacked and beat his son, Tyler.

The younger Owens, who had done undercover work for Providence police in the past, was also handcuffed and arrested after officers punched and beat him, the lawsuit claims.

Christopher Owens, who suffered multiple injuries in the beating, never returned to work and has been approved for a disability pension.

Providence and state police later credited the officer with single-handedly apprehending Sparvfen, who was later sentenced to 20 years in prison, and he received benefits for injuries suffered in the line of duty.

The lawsuit, which is seeking $1 million in damages, claims that Owens and his son were treated as criminals by racist police officers.

"They were assaulted, arrested, handcuffed and placed in the rear of police cars due to the color of their skin and because they are African-Americans," the suit claims. "One officer remarked that all he saw was a big black guy."

According to the suit, some of the officers involved in the pursuit later denied they were present.

Providence police acknowledged during the department's investigation that officers mistreated Owens and his son due to their race, the suit claims.

A spokesman for Rhode Island state police said Owens did not follow Providence police policies for identifying himself at the scene.

"It's unfortunate he was injured," said Col. Steven G. O'Donnell, state police superintendent. "It was a dynamic scene, but he has some responsibility for what transpired in that back yard."

An investigation later cleared a state police detective and a North Kingstown detective who shot six times at Sparfven, wounding the suspect's sister, during the chaotic pursuit.