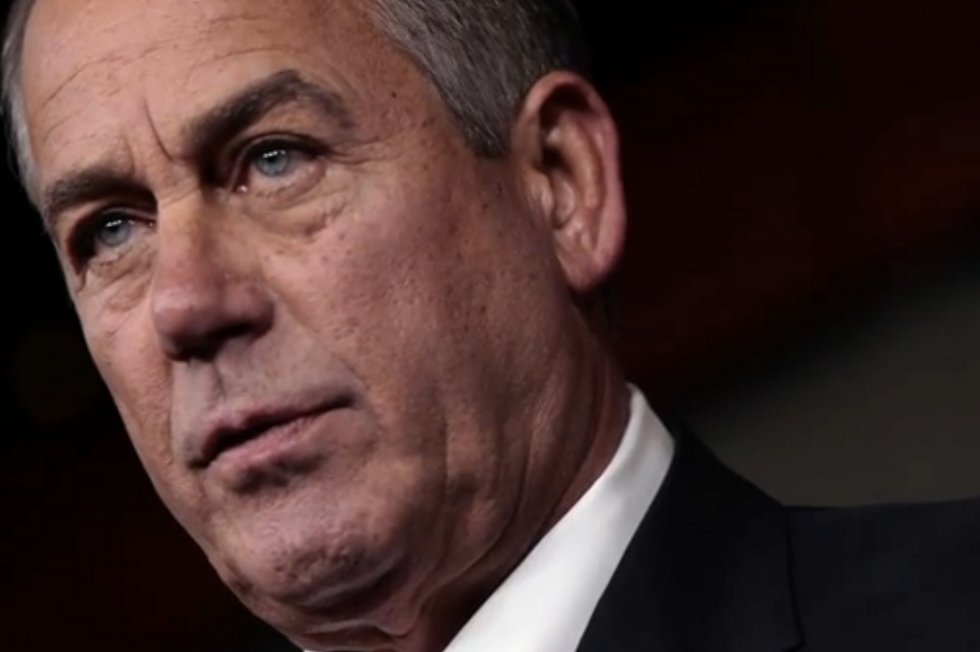 Tongues are wagging on Capitol Hill that a far-right wing of U.S. Representatives are staging a leadership coup against current Speaker of the House John Boehner.

The Hill reported that the ultraconservative Freedom Caucus are threatening to oust Boehner as speaker over his resistance to a government shutdown over funding for Planned Parenthood.

The rumors have touched off a frenzy of behind-the-scenes power jockeying as ambitious House members angle to move up the leadership ladder.

“That’s what tells you there’s something afoot. You know there’s some drops of blood in the water, because all the sharks are starting to circle,” one right-leaning lawmaker told the Hill anonymously.

Far-right congressmen are threatening to shut down the federal government on October 1 if it does not strip Planned Parenthood of all government funding. The lawmakers are among the thousands of conservatives who have been duped into believing that Planned Parenthood is operating a thriving black market trade in fetal body parts.

The Center for Medical Progress -- a radical anti-choice group -- has released a series of deceptively-edited videos to fuel the bogus claims, which Republicans have swallowed whole and reacted to by blocking funding that would never have gone to abortions to begin with. Planned Parenthood is already forbidden from using federal funds for abortions.

Now, the Freedom Caucus and its affiliated House members are holding the federal government hostage as they threaten to cut off health care for some 650,000 American women who rely on Planned Parenthood for gynecological and breast exams, birth control and routine checkups.

Boehner has told House members that a shutdown would be disastrous for the nation and the Republican Party, and feels that his position as the head of the House Republicans is secure.

When asked last week about a possible coup from the far-right wing of the party, Boehner reportedly said, “Look, this group of guys is not going to knock me off my stride."

“The Speaker isn't going anywhere,” Boehner spokeswoman Emily Schillinger told the Hill. “He's focused on the American people's priorities and how we can accomplish them."

The Hill's Scott Wong quoted one Freedom Caucus member who said, “The more we get emails about how Cathy McMorris Rodgers or Paul Ryan or McCarthy support the Speaker, the more likely it seems the Speaker is not going to survive."