British socialism is back – but what does Jeremy Corbyn becoming Labour leader mean for the rest of the world? 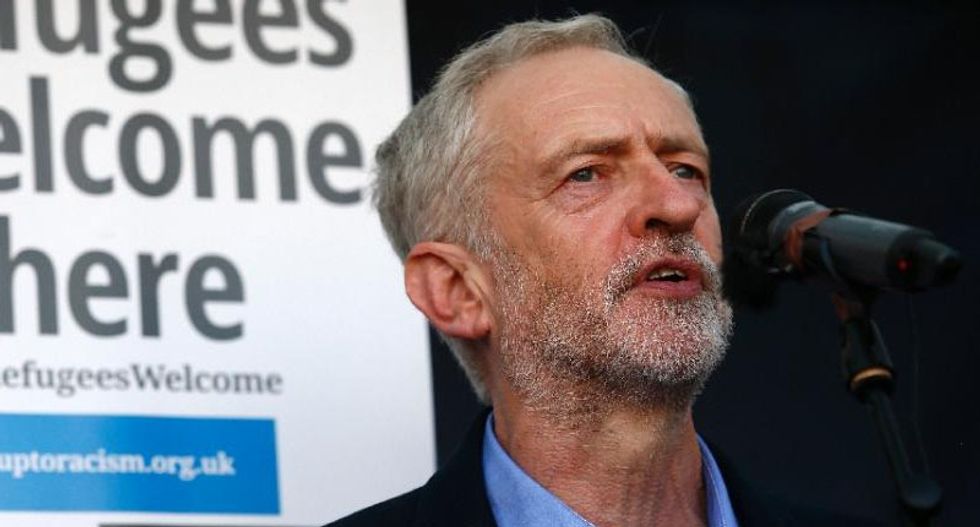 The British Labour Party has a new leader in the form of Jeremy Corbyn – a left-wing politician who has spent more than 30 years rebelling against the party line.

Corbyn has some particularly controversial views on foreign policy issues and his win was described by British prime minister David Cameron, a Conservative, as a “threat to our national security”.

The congratulations sent to Corbyn (over Twitter, of course) by the Argentinian president, Cristina Fernandez de Kirchner, were a reminder of just how contrary Corbyn can be.

He is a supporter of joint-governance in the Falklands Islands, or Las Malvinas, which the two countries fought a war over in 1982. This is where he stands on some other key foreign policy issues:

With a referendum on European Union membership expected by 2017, Corbyn’s views on this matter are crucial to his leadership. The prevailing view is that the UK will probably vote to remain inside the EU, but that depends on many things.

Corbyn has indicated that he voted against British membership of the what was the European Community in 1975, the last time a referendum was held on the issue. There is no indication that he has had a change of heart. He has not specifically outlined his views on the EU during the campaign but it is believed that he is still a euro-sceptic.

Hilary Benn, shadow foreign secretary in Corbyn’s team, has indicated that the party will support continued EU membership in the referendum, but the party position does not necessarily constrain Corbyn if he wishes to personally back the campaign to exit the union.

This might not be a comfortable position for Corbyn, due to the prominent role of Nigel Farage, leader of the right-wing UK Independence Party, which wants Britain out of the EU. But these strange bedfellows may well be forced to work together if they wish to win the argument.

Many international partners, such as France, Germany and the US, see the UK’s membership of the EU as vital, so Corbyn will not make friends in these quarters if he continues along the same path.

NATO constitutes the cornerstone of British foreign policy – its commitment to the alliance remains undiminished 60 years after its inception.

However, some left-wingers within the Labour party, including Corbyn, argue that NATO is an outdated organisation, a relic from the Cold War which limits the ability of nations to have meaningful relationships with Russia.

While Tom Watson, the new Labour deputy leader, has already indicated his support for NATO, Corbyn will find it very difficult to abandon his existing position. If he became prime minister, it seems likely that he would reduce funding on defence spending below the 2% floor set by NATO. This would reduce the UK role within the organisation if not officially removing it from membership altogether. Such a move would surely downgrade the UK’s international position.

Cameron has made it clear that he wants to extend the British bombing campaign against Islamic State beyond Iraq into Syria. He argues that to bomb the organisation in Iraq but not Syria is strategically illiterate and the issue is to be revisited within the House of Commons.

As a pacifist, Corbyn will never back any plans for military action in Syria. In reference to other political hot spots, such as the Palestinian territories, he has suggested that dialogue is the way to ensure peace and it seems likely that he could suggest something similar in this instance rather than military action.

This will put him at odds with many members of his own party. Elements of the Labour party believe tackling Islamic State is the only way to stem the flow of displaced people from the region and reduce the terrible human cost of war.

Corbyn’s pacifism makes a compromise on this issue unlikely but such a stance by a British prime minister would undermine the so-called special relationship between the UK and the US.

The Trident nuclear programme is nearing the end of its life and plans for the future need to be agreed within the next two years.

Like many on the left, including the Scottish National Party, Corbyn is opposed to nuclear weapons. He believes it would be better for the UK to lead by example by scrapping the nuclear deterrent at the end of its life, if not before.

This is a tricky issue for the Labour Party, especially considering it was Tony Blair who opened talks on replacing Trident when he was prime minister. For him, the weapons system was essential for the UK.

Corbyn is extremely unlikely to compromise on this issue, as nuclear disarmament is a touchstone for the left, as well as being a strongly held personal belief. Were the UK to decommission Trident or fail to replace it, this would devalue the country’s international position and perhaps exclude it from important negotiations on wider nuclear disarmament, as well as bringing into question the UK’s permanent seat on the UN Security Council.

The importance of Britain’s special relationship with the US is without question. Successive prime ministers have tried hard to build strong relationships with US presidents to ensure that ties between the two nations remain strong and able to weather the storms which batter it from time to time (such as the Iraq war)

Corbyn is not anti-American, but he does appear to believe that the US-UK relationship is damaging. He believes it forces the UK to undertake action which is not in its best interests (such as intervention in Libya) and that it limits the country’s ability to have meaningful international relationships with nations such as Russia.

Were Corbyn to become prime minister, it seems very likely that he would reduce contact with the US and increase contact with Russia, with unknown results.

Jeremy Corbyn has only just been elected as leader of the opposition so many questions remain unanswered. Over coming next days and weeks, we will see if he is willing to compromise on his previously held views. It should be noted that these views have often made him an enemy of previous party leaders but he has unflinchingly remained committed to them, rebelling against his party line more than 500 times while a backbench MP.

While leadership often calls for compromise, it seems likely that Corbyn will be unwilling – and in some cases unable – to give ground on these key foreign policy issues. That said, it’s also worth remembering that he isn’t prime minister – just leader of an increasingly splintered Labour party.