Bush slams Trump: Putting up border wall would be 'a siren call of surrender' 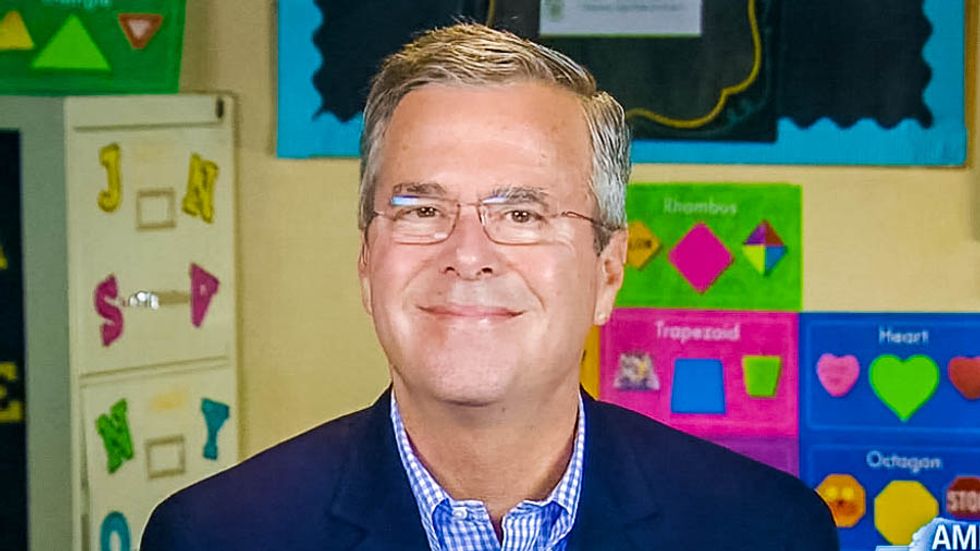 Republican presidential candidate Jeb Bush laid out a tax reform proposal on Wednesday that he touted as encouraging U.S. businesses abroad to bring jobs home and avoiding erecting protectionist walls that he said are backed by rival Donald Trump.

Bush, fighting for position in a Republican field now largely dominated by Trump, said in a speech in Garner, North Carolina, that his tax plan would include reductions that would mean 42 million middle class families would see their income tax rate cut by a third.

And while Democrats attacked Bush for backing a reduction in the top income tax rate for the highest earners, from 39.6 percent to 28 percent, Bush said that with tax deductions eliminated, people who make $200,000 or more would bear a greater share of the tax burden.

Bush, a former governor of Florida, is one of a crowded field of candidates vying to be the Republican nominee for the November 2016 presidential election.

Bush took aim at Trump and Democrats in vowing to reduce the U.S. corporate rate to 20 percent from 35 percent as a way of persuading American companies abroad to move jobs home to take advantage of favorable tax rates.

He would also allow U.S. companies with $2 trillion in profits abroad to bring the money home by paying a one-time tax of 8.75 percent payable over 10 years.

Real estate mogul Trump, who Bush accuses of being a Democrat in disguise, has repeatedly attacked the trade policies of China and Mexico and vowed to retaliate if elected president.

"Now those on the left, and even some people who call themselves Republicans, will tell you that to save U.S. jobs, we have to throw up a bunch of walls and tariffs and protect our businesses from competition," Bush said. "That's a siren call of surrender and I won't go for it. Protectionism never works."

"(Former) Secretary (of State Hillary) Clinton and Mr. Trump may not believe we can do it, but I sure as heck do," he said,

referring to the front-runner to be the Democratic nominee.

Bush's plan echoes a number of Republican ideas that have fallen short of congressional approval in the past, such as eliminating the estate tax on assets left by people when they die.

Answering questions from an event moderator, Bush said he would use the power of persuasion to overcome Democratic opposition to his plan.

"You have to be willing to take a chance," he said.