Camping while black: Cops release man who threatened to attack 'f*cking n****rs' with a shovel 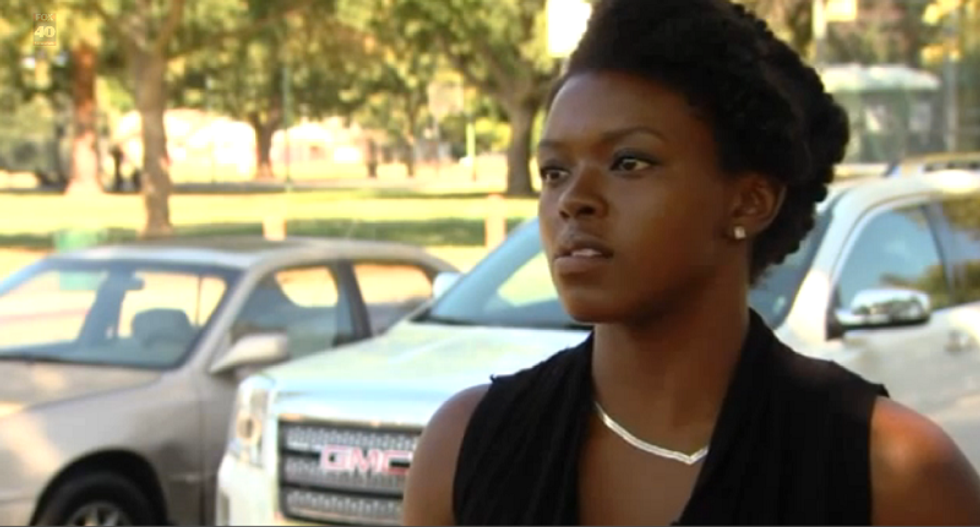 A family reunion camp-out turned into a nightmare when a family experienced a terrifying incident that they hope prosecutors charge as a hate crime. But as of now, the alleged aggressor is free after police responded and released him the same day.

The Allen family was camping at Rollins Lake in Northern California trying to enjoy each other's company. Another group planted themselves nearby, Kanisha Allen told local station Fox40. The group was rowdy. But then, some members of the group started staring over at the Allens and making racial comments.

The Allen family tried to ignore them.

"We let it roll off our backs," Kanisha Allen told the station.

At that point he got even more angry and turned his attention to the Allens again.

"Whatever was said infuriated the main aggressor of the group, and all you hear is him saying the "n" word, I'm going to kill you F-ing Ns," Allen told Fox40.

Then, he charged at them with a shovel. In the dark, Kanisha Allen thought it was a shot gun.

Allen described it as "terrifying."

"I have a 9-month-old daughter, and I grabbed her and the only thing that I could think of was, you need to go down the ravine and hide next to the water because we didn't know what was happening," she told Fox40.

Her mother, who is in her 60s, fell during the chaos, cutting and bruising her face.

The Allens called police, and the man was stopped while trying to sneak away, Fox40 reports. But despite everything, he was not arrested because he wasn't drunk and didn't have any weapons on him, Kanisha Allen told the station.

"We had expressed that we feared for our lives, you know, and still nothing was done at that point," she said.

Campsite officials told Fox40 that the man and his family have been banned from the site. Authorities also told the station the investigation is ongoing and the man could still be charged with a hate crime and threatening the family with a weapon.

Allen said it's surreal that her mother has to relive the kind of thing that happened to her as a young girl during the Civil Rights era.

"[For her to have to] relive some of the things that she had gone through in her younger years today, it is almost unbelievable," Allen said.

Watch the report from Fox40 here: