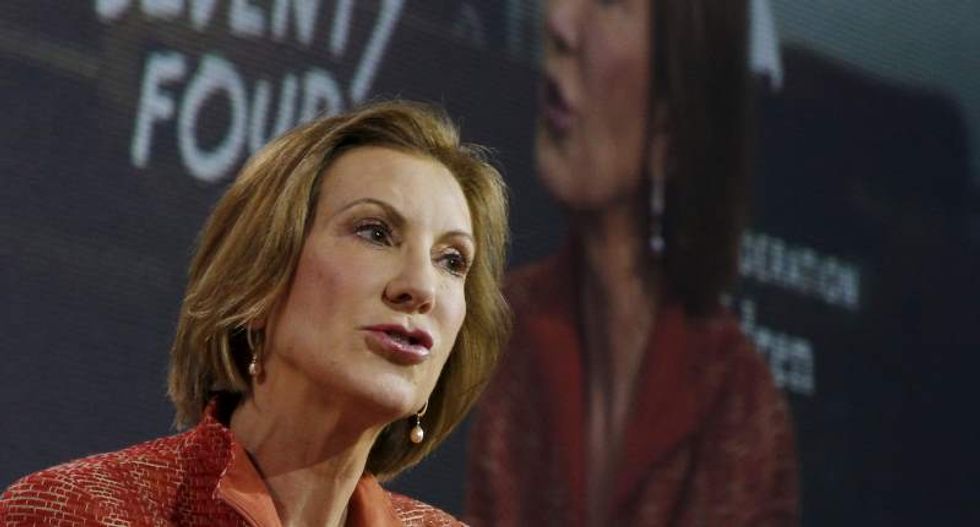 Former businesswoman Carly Fiorina will join 10 other Republican candidates on stage at next Wednesday's presidential debate in California, CNN said on Thursday, after she failed to qualify for the main event at the party's first debate last month.

Fiorina, the only woman in the crowded Republican field, has been rising in the polls since being widely viewed as the winner of the "undercard" debate of lower-polling candidates last month in Cleveland.

CNN had originally planned to include poll results dating to July 16 to determine the participants, but Fiorina criticized that plan because it would not have taken into account her surge in support since the first debate.

The rest of the field next week at the Ronald Reagan Presidential Library in Simi Valley, California, consists of the 10 candidates who met at the prime-time Fox News debate.

Trump targeted Fiorina in remarks published on Wednesday in Rolling Stone magazine, saying: "Look at that face. Would anyone vote for that?"

Fiorina responded by saying: "Maybe, just maybe, I'm getting under his skin a little bit because I am climbing in the polls."

Former Virginia Governor Jim Gilmore, who participated in the Aug. 6 debate of lower-polling contenders, did not meet the criteria for inclusion in next Wednesday's debate, CNN said.

Candidates were required to average 1 percent support in any three polls released during the two-month window to qualify for the debates.