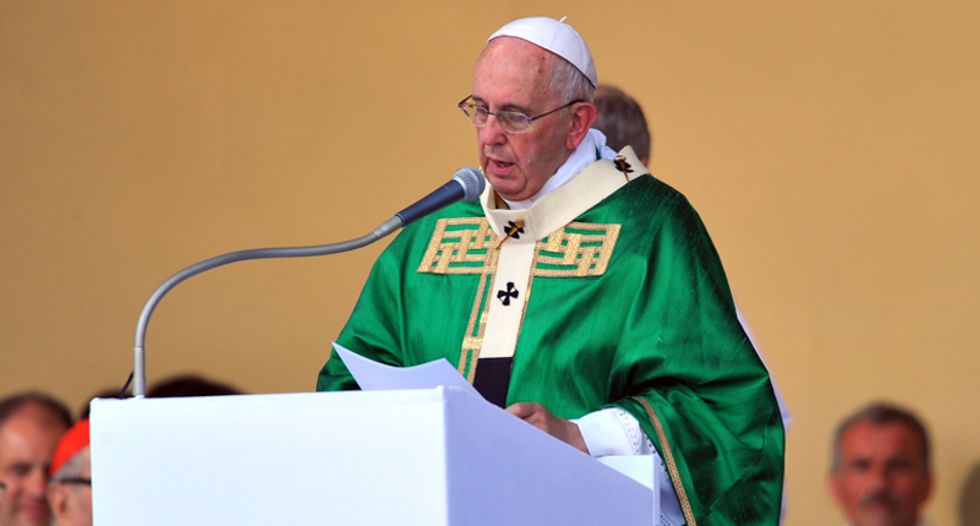 A GOP congressman — who also happens to be a Catholic — said he will boycott Pope Francis’ address to the U.S. House next week because of the pontiff’s “leftist” views on climate change.

Writing for Townhall, Rep. Paul Gosar (R-AZ) said that as a Catholic he is excited by a chance to meet the Pope, but will skip the speech because the Pope won't be addressing topics such as Christian persecution in the Middle East or the "intentionally planned genocide of unborn children by Planned Parenthood."

According to Gosar he is disappointed that the Pope will instead be speaking on climate change since the pontiff has "has adopted all of the socialist talking points, wrapped false science and ideology into 'climate justice' and is being presented to guilt people into leftist policies."

"His Holiness instead intends to focus the brunt of his speech on climate change--a climate that has been changing since first created in Genesis," Gosar wrote, adding with a touch of sarcasm, "The earth’s climate has been changing since God created it, with or without man. On that, we should all agree. In Pope Francis’ encyclical on the environment (written with the consultation of that great seminary the EPA and its embattled head Gina McCarthy), he condemned anyone skeptical of the link between human activity and climate change and adopted the false science being propagated by the Left. If the Pope wants to devote his life to fighting climate change then he can do so in his personal time. But to promote questionable science as Catholic dogma is ridiculous."

While Papal infallibility -- a belief that the Pope is incapable of error --has long been a cornerstone of the Catholic Church, conservative Catholic lawmakers have thrown that out the window in the case of Pope Francis whose views on the poor and climate change don’t mesh with their political beliefs.

Feeling the need to assert his Catholic credentials lest he be accused of being an apostate, Gosar added that he attended a Jesuit college where he "received an excellent education where I was taught to think critically, to welcome debate and discussion and to be held accountable for my actions."

According to Gosar, "His Holiness has a real opportunity to change the climate of slaughter in the Middle East… not the fool’s errand of climate change."