Cenk Uygur slams antigay Kentucky clerk: Why would God need 'your sorry ass' to do his bidding? 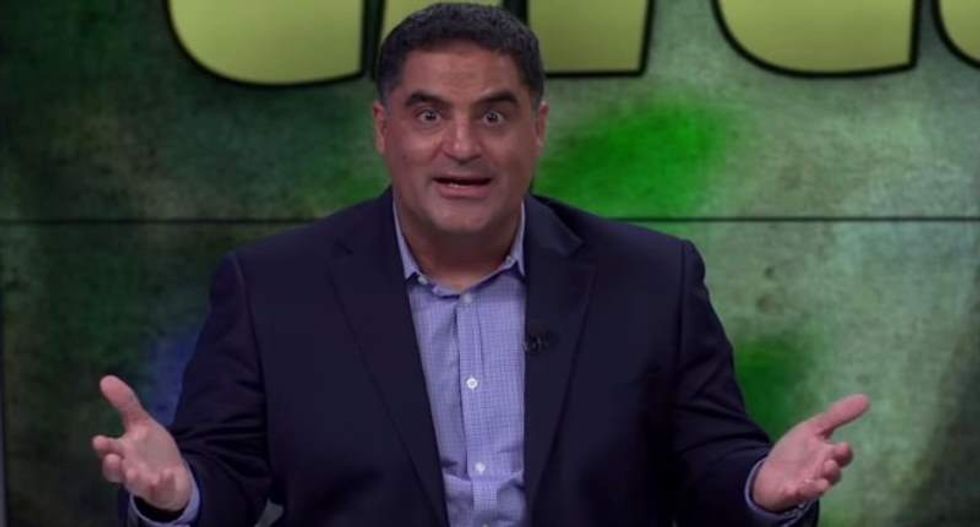 Young Turks hosts Cenk Uygur and Ana Kasparian mocked Kim Davis on Tuesday, with Uygur wondering what made her believe she was selected to enforce the will of God in Rowan County, Kentucky.

"He needs your sorry ass to do his bidding?" Uygur asked. "Isn't he God? I quote this too many times, but as James T. Kirk would ask, why does God need a spaceship? Why does God need poor somofab*tch Kim Davis?"

Uygur compared Davis, the county clerk, to Muslim fundamentalists for her "brazen" refusal to issue same-sex marriage licenses despite being rebuked by both a federal court and the Supreme Court. Davis and her staff have been ordered to appear before a federal judge on Thursday.

Kim Davis says in statement: ‘This has never been a gay or lesbian issue. It is about marriage and God’s Word.’

Davis cannot be fired from her position because she is an elected official. Kasparian noted that Davis would have to be impeached from her post, but that would require a special session of the Kentucky legislature.

"I would love to follow [Davis] around, and see which rules of the Bible she breaks on a regular basis," Kasparian said.

Watch Kasparian and Uygur's commentary, as aired on Tuesday, below.