Charlie Hebdo cartoonist Luz to quit after next issue 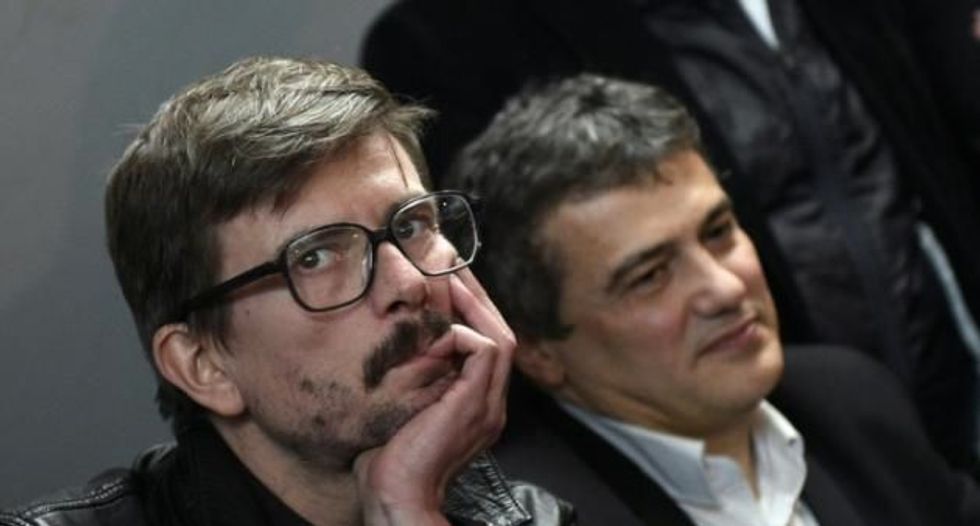 Luz, the French cartoonist behind some of the controversial drawings of the Prophet Mohamed that made Charlie Hebdo a target for jihadists, has said the next issue of the magazine will be his last.

"Yet another lesson in cartoons is happening, and just a week ahead of my retirement," he wrote jokingly in the latest issue of the satirical magazine, published Wednesday.

He was referring to a new controversy that blew up over Charlie Hebdo's depiction of Aylan, the three-year-old Syrian boy who was found drowned on a Turkish beach and who has become a symbol of Europe's refugee crisis.

Last week's issue featured a drawing by cartoonist Riss of the boy under a McDonald's sign saying "So close to the goal", which was widely considered to be in bad taste.

"This drawing did not mock migrants but our liberal and hypocritical society... this rich, hyper-consumerist Europe that had to wait for the mediatisation of the death of a child to reflect on the fate of migrants," Luz wrote.

The next issue of Charlie Hebdo will be his last, Luz told AFP.

The 43-year-old has become the most senior member of the team since the deaths of Cabu, Wolinski, Tignous and Charb in a jihadist attack at the magazine's Paris offices on January 7.

He drew the famed cover featuring Mohammed with a sign reading "All is forgiven" the week after 12 people were gunned down during an editorial meeting.

Luz, who joined the magazine in 1992, escaped death because he was late on the day of the attack.

"If I'm leaving, it's because it's difficult for me to work on news. It no longer manages to interest me, in fact, this return to the normal life of a press cartoonist," he said.

He first announced he would quit the magazine in May, a month after he announced that he would no longer draw Mohammed.