Christian columnist rips Sanders' anti-poverty plan: 'The God of the Bible is not a socialist' 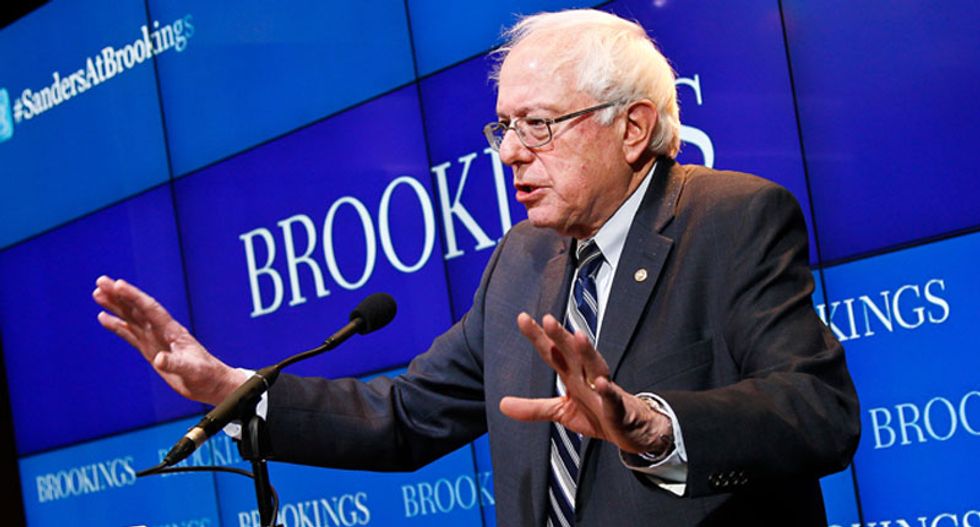 Christian columnist Chris Queen argued this week that Democratic presidential candidate Bernie Sanders' anti-poverty proposals went against biblical teachings because the "God of the Bible is not a socialist."

In speech to Liberty University on Monday, Sanders urged the Christian conservative students to apply the golden rule -- "Do unto others, what you would have them do to you" -- to public policy.

"[A]nd the Bible speaks to this issue, in a nation and in a world which worships not love of brothers and sisters, not love of the poor and the sick, but worships the acquisition of money and great wealth."

Queen, who describes himself as a "mild-mannered church communications director," asserted in a column on Wednesday that Sanders' plan to bolster the social safety net was wrong because Biblical teachings only applied to people, not government.

"[M]ost any sentient person would agree that the plight of the poor and indigent in this country demands action. But the difference lies in how Bernie Sanders plans to remedy this phenomenon and how the God of the Bible commands His followers to care for the less fortunate," Queen opined. "The Bernie Sanders plan for helping the poor consists of punitive taxation, byzantine regulation, and burdensome government programs. This is a markedly different method of caring for the poor compared to what we see in the Bible."

"God’s commands are not to enact government programs to take care of the poor and destitute; rather, He commands His people to take care of each other and enact justice as individuals and families and bodies of believers acting on their own obedience to Him," he added.

According to Queen, "Jesus’ reward does not go to faithful governments, but to faithful believers."

"This may come as a shock to Bernie Sanders, but the God of the Bible is not a Socialist," he explained. "He commands us to take care of the poor, but His commands don’t apply to governments–they belong to individuals, families, churches, and synagogues."

"Caring for others as a result of God’s love does not burden us, but programs like the ones Bernie Sanders proposes burden everyone. And that’s the disconnect between the truth of Biblical justice and the modern Left’s vision of social justice."