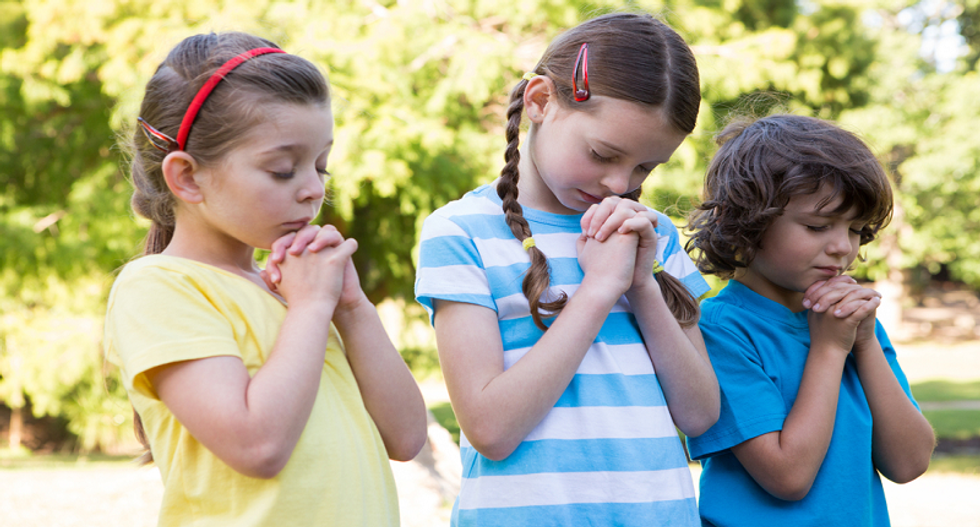 Christians are urging Christian parents to take their children out of public schools because Common Core, a new curriculum intended to standardize what children learn nationwide, is "progressive" brainwashing.

Chaplain E. Ray Moore, who heads an effort called the "Exodus Mandate," told Christian website WorldNetDaily on Monday that rather than try and reform public schools, Christians should simply drop out of the system.

"We don’t believe that government, even at the state level, has any role in K-12 education, and the Scriptures are clear and explicit on this. There’s no wiggle room," he told WND.

Exodus Mandate produced a new film warning parents that Common Core will "dumb down" schoolchildren and that it is a "deficient education designed to produce the “common herd” workforce for the New World Order."

The "New World Order" is a popular conspiracy theory in which a secretive global cabal of powerful operatives seeks to eventually rule the entire world with one global autocratic government.

"The producers of this film do not advocate that Christian parents aggressively try to reform the public school system from within," according to WND. "That concept, they say, is not biblical; besides, it has been tried for 40 years and will never work. They advocate instead that Christian parents remove their children from public schools and enroll them in the safe sanctuary of a private Christian school, homeschool or online Christian education."

"Most parents want what is best for their children,” Lewis said. “When they send their kids to public schools, they’re making the erroneous assumption that those schools are educating children with sound values. In fact, public education has become little more than progressive indoctrination camps where dissenting opinions and a Christian worldview are treated with hostility."

Moore hopes that if enough Christians set up alternative schools, the public will attend them and that will result in more people finding Christ, according to WND.

“To think we can win the culture war when a majority of Christian children are still being indoctrinated in the public schools doesn’t pass the common sense test, much less the theology test,” Moore told the website. “And so Christians are derelict and irresponsible, in my judgment, if they continue to put their kids in these pagan, godless, atheistic public schools.”

It's not the first time fundamentalist Christians expressed interest in destroying public education in favor of religious schools.

A Texas coalition of pastors from the U.S. Pastor Council filed a brief with the state Supreme Court requesting that public education money be funneled into religious schools.

“Is the exclusion of religious schools based on religious bigotry?” the pastors asked in the brief. “Under the test of the Religious Freedom Restoration Act, there can be no compelling governmental interest in excluding them since private schools demonstrate that they can meet all of the secular requirements of producing a general diffusion of knowledge.”