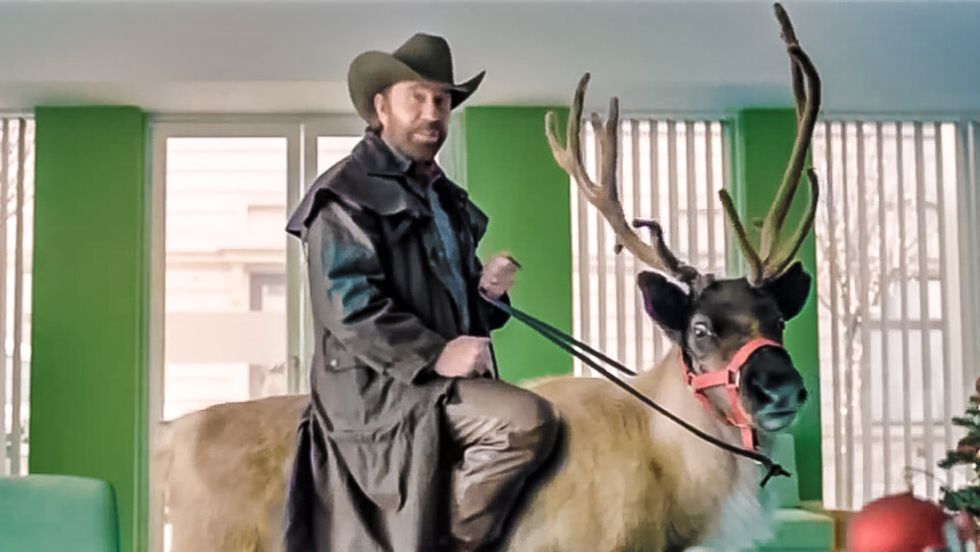 Chuck Norris, the action star and conservative commentator, praised Carly Fiorina for describing a scene from a deceptive anti-abortion video that he admits was not entirely accurate.

Norris cites his experience as "a six-time world karate champion" to praise the former Hewlett-Packard CEO for engaging in what he saw as the "best fight" during last week's Republican presidential debate.

Fiorina described a scene from a video produced by an anti-abortion activist group that appears to show "a fully formed fetus on the table, its heart beating, its legs kicking" as someone says it must be kept alive to harvest its brain.

"Fiorina was passionately advocating for those who can't speak for themselves – the unborn," Norris wrote in a column for World Net Daily. "She was not brushing aside this fetal atrocity brought about through aborting agencies and taxpayers' monies."

Norris notes that "liberal news and commentary sites" quickly pointed out Fiorina's claims were "pure fiction," if not "lies," but concedes that Politifact rated the candidate's comments as "mostly false."

However, he latches onto anecdotal evidence cited by the fact-checking organization and deceptively illustrated in the video.

Holly O'Donnell, who Norris describes as "a bonafide former blood and tissue procurement technician," describes in the video an experience she allegedly had while working for Planned Parenthood.

"According to the woman, her supervisor said they would procure the fetus' brain," Politifact reported. "The video's creators added footage of an aborted fetus on what appears to be an examination table, and its legs are moving."

Norris, who did not link to the Politifact report, neglected to mention the fact-checking organization had found no evidence to support O'Donnell's anecdotal claims and could not verify that the fetus seen in "grisly stock footage" had been aborted, rather than miscarried or born prematurely.

Conservatives have defended the deceptive video, which Fiorina has repeatedly challenged her opponents to watch, as essentially fake but accurate -- as Dan Rather describes the forged documents about George W. Bush's National Guard service.

"Even if Fiorina's presidential debate statement was 'exaggerated,' as the New York Times labeled it, millions of abortions have been and are performed and the organs 'donated' for a price, and the chief peddler is none other than Planned Parenthood," Norris wrote.

Norris, like many Republican lawmakers, argues that the deceptive videos show why Planned Parenthood should lose federal funding -- which conservatives have been arguing for decades.

"Debate over defunding Planned Parenthood started on Friday in the U.S. Congress," Norris wrote, after invoking the Founding Fathers. "Write your representatives today, and let them know where you stand."