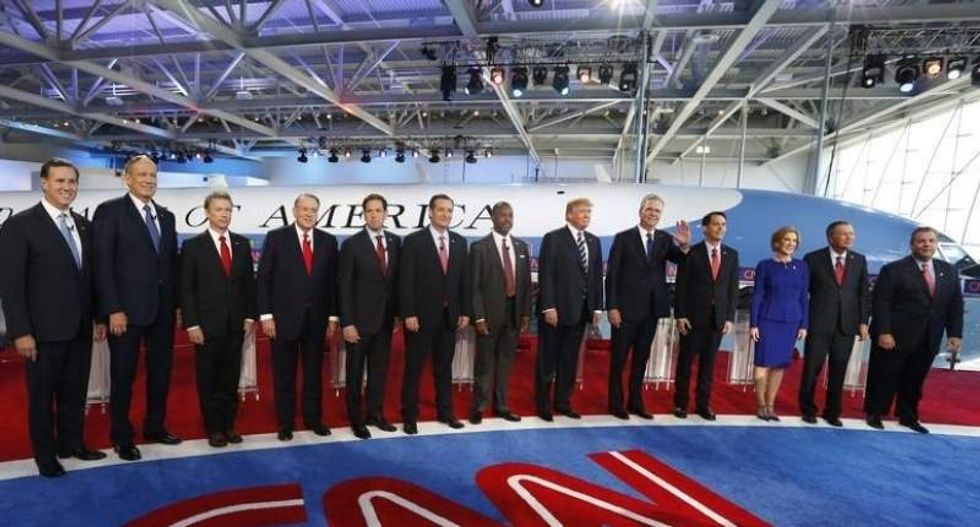 U.S. Republican presidential candidates polling an average of at least 2.5 percent in designated national opinion polls will qualify for a prime-time debate in Colorado on Oct. 28, the debate's host, CNBC, said on Wednesday.

Candidates below that level, but scoring at least 1 percent in any of the six designated polls, will earn a place in the second-tier debate immediately preceding the main event, the cable news network said.

The two-hour prime-time debate, the third for the crowded Republican field, will start at 8 p.m. EDT at the University of Colorado Boulder and focus on topics including the economy, taxes and jobs, CNBC said.

While 3 percent was set as the official threshold for the main debate, the network said the average of the polls conducted between Sept. 17 and Oct. 21 would be rounded up to that figure for any candidate with at least 2.5 percent.

The main CNN Republican debate on Sept. 16 featured 11 candidates, including Fiorina, who did not qualify for the first prime-time debate on Fox News on Aug. 6 that involved 10 candidates.

For more on the 2016 presidential race, see the Reuters blog, “Tales from the Trail.”