Congress avoids shutdown with stop-gap bill, but another showdown looms in December 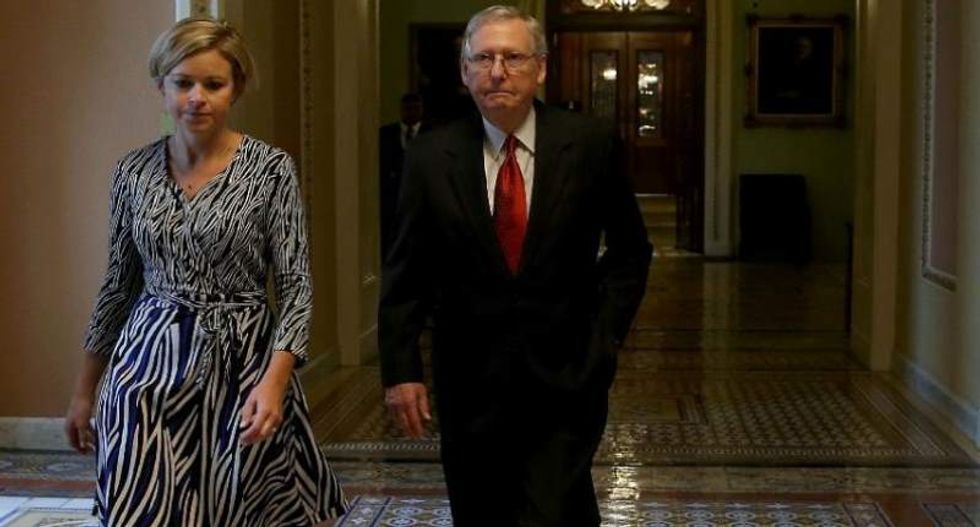 Senate Majority Leader Mitch McConnell walks with an aide as he leaves the Senate Chamber after a vote to avert a government shutdown, on Capitol Hill on Sept. 30, 2015 in Washington, DC. Photo by Mark Wilson for Agence France-Presse.

Congress steered the US government clear of a shutdown Wednesday hours before a midnight deadline, approving temporary federal spending that does not defund women's health care provider Planned Parenthood as Republicans had hoped.

The Senate and House, both controlled by Republicans, acted pragmatically to fund the government at current levels beyond Thursday's start of the new fiscal year. The legislation heads to President Barack Obama who was expected to sign it before midnight.

The stopgap measure only runs until December 11, setting up a new potential fiscal clash just 10 weeks from now.

But it avoids a repeat of 2013, when bickering lawmakers failed to reach a deal on spending and the government skidded into a damaging 16-day shutdown.

"It looks like the Republicans will just barely avoid shutting down the government for the second time in two years," he said.