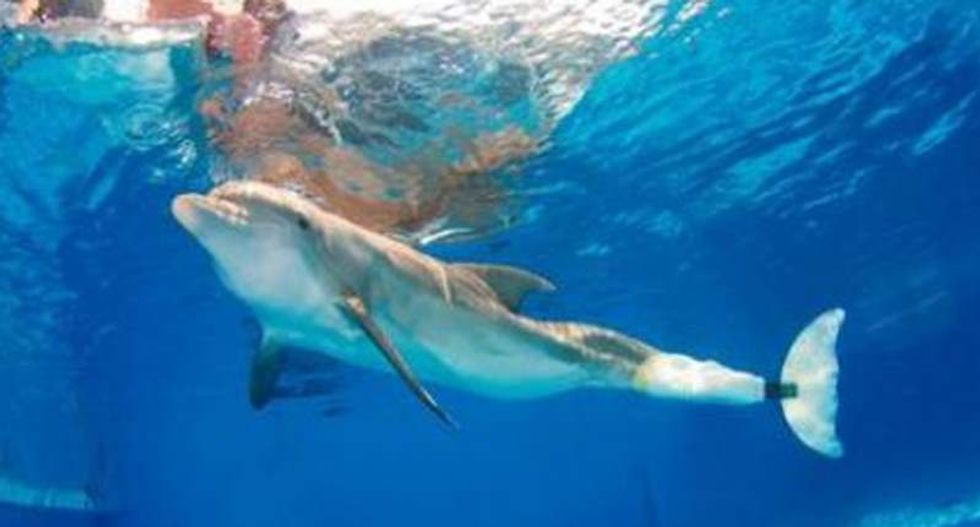 In a court settlement described as "historic" by conservation groups, the US Navy has agreed to limit its use of sonar equipment and explosives that harm whales, dolphins and other marine mammals.

The settlement, approved on Monday by a federal judge in Hawaii, concerns navy activity off the coast of southern California and Hawaii.

Environmental groups that had filed two lawsuits against the Navy for years have been arguing that training and testing in the two regions and beyond are harmful to sea creatures and their habitats.

David Henkin, an attorney with Earthjustice, one of the firms involved in the lawsuits, said the settlement was "historic" in that it showed the Navy could play war games while at the same time respecting marine life.

"For years, the Navy has said it is impossible for them to keep out of biologically important areas for marine mammals," Henkin told AFP. "They have now acknowledged that they can."

Zak Smith, an attorney with the Natural Resources Defense Council, which was also involved in the lawsuits, said Monday's settlement was a "huge victory" in that it means the Navy will finally be complying with the law.

"The Navy had for years done a very good job of advancing our understanding of the impact their activities were having on whales and dolphins," Smith said. "But they chose to do the minimum."

Both Henkin and Smith said the settlement will allow the Navy to continue with its training exercises while reducing the hazard to marine life.

Environmentalists had argued that Navy-funded studies had shown the damage wreaked on marine life by training activities, including the use of sonar and explosives that can damage the hearing of whales and dolphins.

"If a whale or dolphin can’t hear, it can’t survive," Henkin said.

"By agreeing to this settlement, the Navy acknowledges that it doesn’t need to train in every square inch of the ocean and that it can take reasonable steps to reduce the deadly toll of its activities."