Conservative pundit sees the light on Kim Davis and Trump: Let’s face it, many Americans are stupid 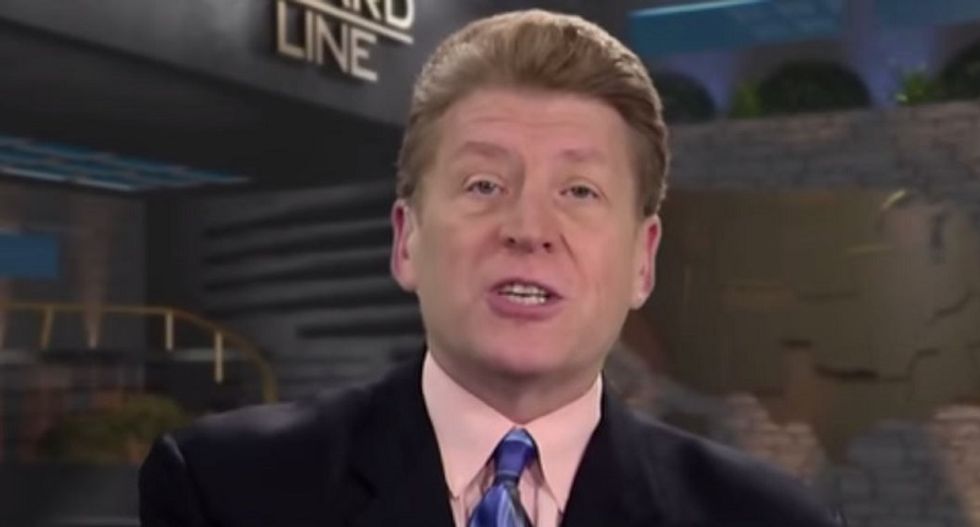 Ed Berliner is tired of hearing about anger, but he is apparently very angry at everyone.

The conservative commentator went on a rant posted to YouTube saying that Americans are stupid because they continue to participate in a political system that is broken.

Ed Berliner, a host for conservative news site Newsmax, showed clips of Republican candidates Donald Trump and Carly Fiorina, and Democratic candidate Bernie Sanders, (I-VT) talking about frustration of American voters who are tired of the status quo and never see change, no matter who they vote into office.

"Yes America's angry, but let's also face some facts. A good part of America is stupid," Berliner said. "We're a nation where a majority of people walk into a ballot booth and pull levers, punch out tiny tabs, or marking boxes, everything Republican or Democrat without a second thought."

He also criticized Kentucky anti-gay county clerk Kim Davis for using religion to "fail to follow the law of the land."

"Look in the mirror, America. See the face of those who allow clown car drivers and slick hucksters to decide your fate and that of this nation. Maybe then you'll take some personal responsibility to do your homework instead of allowing your brain to curdle into pathetic political mush.

We continue to blindly follow the next best shiny thing in politics. The polished deceit and street corner con jobs from former government officials, spouses of past presidents and people who had their own reality shows and promise things that no logical thinking cogent minded individual could ever understand will be carried out," he said, taking an apparent swipe at Democratic candidate Hillary Clinton and Trump.

The real anger, he said, should be "slapped back into the puss of those who wouldn't know Iran from Iraq or a Kurd from a Qud."