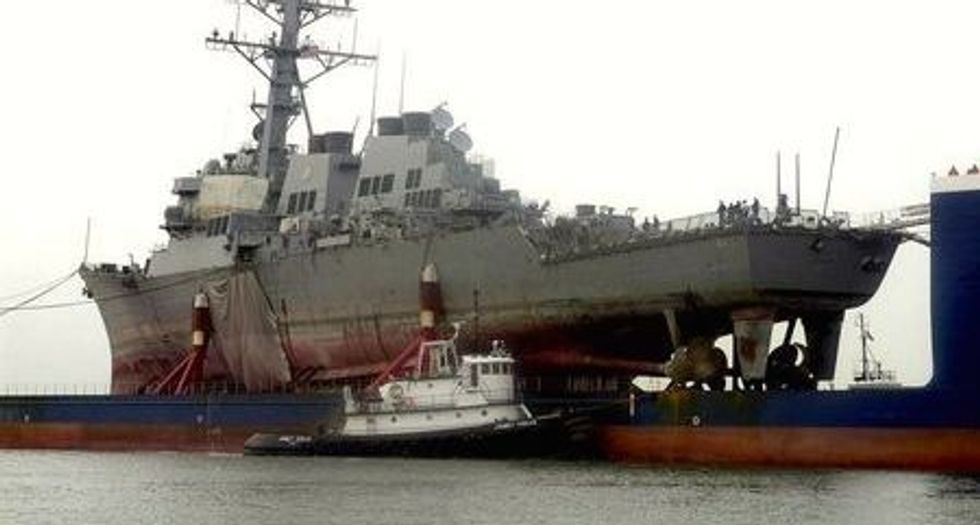 Three banks must turn over Sudanese funds to victims of al Qaeda's deadly 2000 bombing of the USS Cole in Yemen to help satisfy a $315 million judgment, a U.S. appeals court ruled on Wednesday.

The 2nd U.S. Circuit Court of Appeals in New York rejected Sudan's claim that the plaintiffs failed to follow proper procedures in seeking the assets, which are held in accounts controlled by Mashreqbank PSC, BNP Paribas SA and Credit Agricole Corporate and Investment Bank.

A lawyer for Sudan did not respond to a request for comment.

The attack on Oct. 12, 2000, occurred in the Yemeni port of Aden, where the U.S. Navy destroyer USS Cole was refueling. The bombing killed 17 sailors and injured more than three dozen.

The plaintiffs, 15 American sailors injured in the attack and three of their spouses, filed a lawsuit in 2010 against Sudan in Washington, D.C., claiming the country provided material support to al Qaeda that helped facilitate the bombing.

In 2012, a federal judge in Washington issued a default judgment of $314.7 million against Sudan, which did not respond to the lawsuit.

In an effort to collect some of the money, the plaintiffs secured orders from U.S. District Judge Analisa Torres in New York requiring the banks to turn over certain assets they held for Sudan.

The amount of money held in the accounts is redacted from court filings.

The banks themselves were not parties to the appeal and did not contest the orders.

In a statement, Mashreqbank said it turned over the funds, which were frozen under U.S. sanctions, in December 2013, pursuant to the court order. Credit Agricole also confirmed it had turned over the money.

A representative of BNP Paribas did not respond to a request for comment.

Lawyers for the plaintiffs were not available on Wednesday for comment.

Sudan's appeal of the turnover orders was the first time the country made a formal appearance in the case.

Sudan argued the original lawsuit was not properly served on its foreign minister and said the lower court failed to follow the appropriate steps in issuing the turnover orders.

The appeals court, however, rejected both arguments.

Sudan faces other judgments as well. A federal judge in Norfolk, Virginia, ordered the country in March to pay USS Cole victims and their families $48 million, while a judge in Washington ordered Sudan and Iran in March to pay a combined $75 million.

The case in Wednesday's ruling is Harrison et al v. Republic of Sudan, 2nd U.S. Circuit Court of Appeals, No. 14-121.