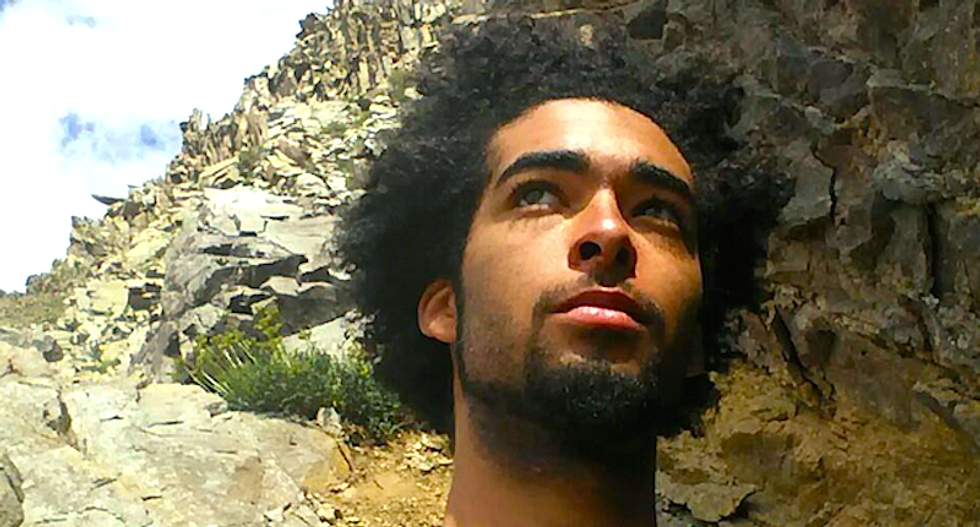 The family of Darrien Hunt, who was gunned down by Utah police while walking with a samurai-style sword, re-enacted the 22-year-old's doomed journey Thursday -- on the one-year anniversary of his slaying.

An autopsy revealed that Hunt, who was carrying a katana sword his family said was used for cosplay, had his back turned to the officers when all six shots were fired -- and an attorney for the victim's family said Schauerhamer paused to reload his weapon during the shooting.

Neither officer was charged in Hunt's shooting death because prosecutors said the pair feared Hunt would “hack the first person he saw."

Susan Hunt, his mother, said she turned down a $900,000 offer to settle her lawsuit against the city and the two officers who killed her son, reported The Salt Lake Tribune.

That settlement offer would have barred her from commenting publicly about the case -- which she said was unacceptable.

"That's not going to clear his name, and I could not, in good conscience, agree to that," Susan Hunt said.

Hunt's family said he was cosplaying -- or costumed role-playing -- as a cartoon character when he encountered police about 9:30 a.m. on the day he was killed.

Witnesses disputed some police claims about the 37-second encounter, and one witness said police misrepresented his statements to investigators to claim that Hunt swung the sword at officers and the ran away.

His younger brother, Kerahn Hunt, put on a similar costume, including a katana sword, to mark the anniversary.

She walked arm-in-arm with her surviving son and her sister to the spot where Hunt was gunned down, and friends and relatives released balloons with notes and cards tied to them.